There Is a Known Cheater Playing on the PGA Tour 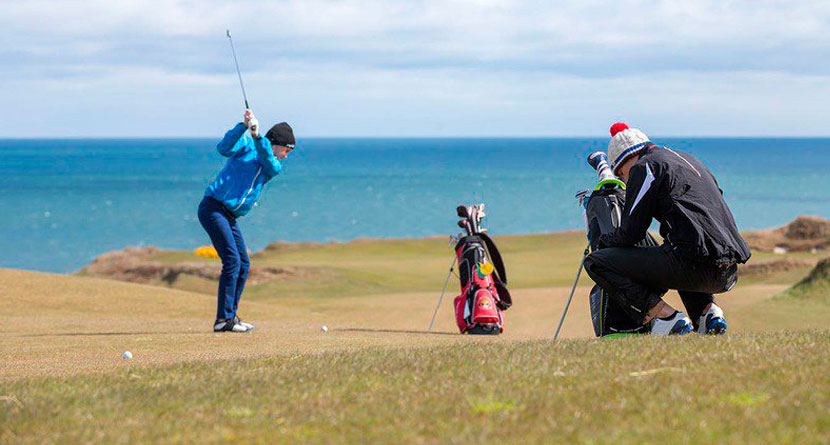 In golf, there are few things worse than being labeled a cheater. Whether it’s in your weekly game or on the PGA Tour, the moniker often sticks and bears a grossly negative connotation.

Word spreads quickly in golfing circles and it’s not uncommon for a known cheater to be left searching for a game. As it turns out, and unsurprisingly, the moniker is taken even more seriously on the biggest stage; after all, the guys on Tour are playing for their livelihoods.

GolfDigest.com’s Max Adler sat down with one of their Undercover Tour Pros and he stopped just short of naming one of the most notorious cheaters on Tour. However, he did leave a trail of hints as to who this rules-stretching pro is.

(During Masters week), I remember nearly spitting out my drink when I read what Phil Mickelson said in his press conference. His quote was, “I know a number of guys on tour that are loose with how they mark the ball and have not been called on it. I mean, they’ll move the ball two, three inches in front of their mark, and this is an intentional way to get it out of any type of impression and so forth, and I think that kind of stuff needs to stop.”

The truth is, there’s exactly one guy who is known to mis-mark his ball by two or three inches. Ask any player about cheating, and they’ll all tell you the same name. I was paired with this notorious individual recently, and I witnessed it. Using his hand to obscure the distance behind the ball, he picks up his coin so fast that you almost can’t be certain of what you’ve just seen. But when you see it enough times, it becomes pretty obvious. What’s more, this was just after the anchor ban, and he was using a long putter. He wears baggy shirts, but I could tell that he was anchoring. After the round, we got into a heated debate in the scoring trailer when I refused to sign his card. He claimed that if the end of his grip touched his chest, it was accidental. The way the rule is written, it’s all about intent, and an official signed his card.

Back to what Phil said. I’d say there are maybe 20 guys who deliberately fudge their mark within a half-inch. It’s hard to be definitive because the guys who do it are very good at it. Besides, I’m busy reading my putt. Even if you’re paying close attention, it’s difficult to call someone out when the area of contention is the width of a penny. You can tell an official to watch a guy, but only in the majors do we have an official with every group.

We’re a gossipy bunch out here. But the reality is, players often aren’t ostracized because the stories might circulate only within small groups of friends.