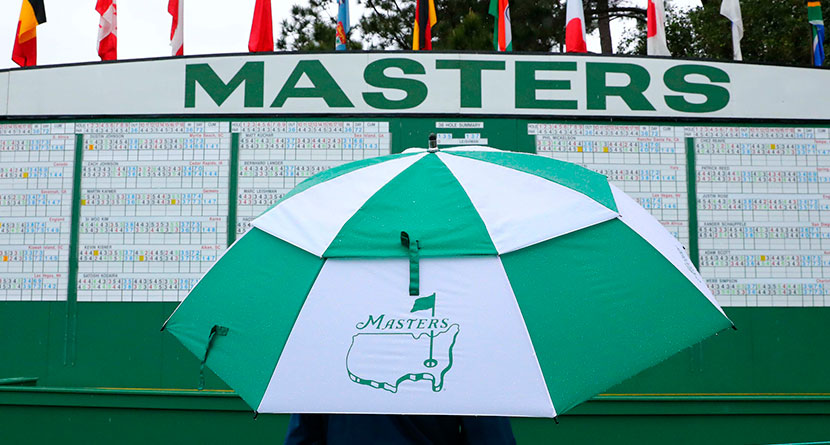 Following news Tuesday that the second major championship of the season had been postponed, Golfweek.com’s Eamon Lynch reported that golf’s five most influential governing bodies have been entrenched in talks over the past 48 hours in hopes of salvaging and playing all four major championships in 2020.

The major entities in talks, according to Lynch, are the hosts of golf’s four major championships — the PGA of America, the USGA, the Royal & Ancient and Augusta National Golf Club — as well as the PGA Tour.

Making an effort to predict the unpredictable, the U.S. Open and Open Championship, scheduled to start on June 18 and July 16, respectively, are standing pat with their dates currently while sources indicated to Lynch that the PGA Championship is eyeing an August 6 start date and the Masters is looking into an October reschedule date.

The August 6 start date would currently coincide with the Wyndham Championship, the last event of the PGA Tour regular season as it is currently scheduled. The salvaged PGA Tour schedule, according to the report, would resume in late May with the FedEx Cup Playoffs taking place later in the year.

As for the major schedule requiring tinkering, the USGA is hopeful to contest their championship at Winged Foot as expected, the club is located in Westchester County, New York where the coronavirus outbreak has spiked significantly, leading golf’s governing body of the United States to look at contingency plans in the form of alternate host sites such as Oakmont Country Club and Pinehurst No. 2.

Concerning an October date for the Masters, various considerations are in play, most notably the club’s annual tradition of closing during the months of June through September to avoid the heat of Georgia summers.

Reopening in October would likely result in a different grass type for the usually overseeded-rye playing of the tournament. Bermudagrass fairways would cause the event to have a different playing style, although weather conditions are fairly consistent with what is typically expected in April.

Possible hints at the Masters in October? https://t.co/PJiXHAHW7N

Speculation of an October reschedule date has picked up significantly in recent days, as ESPN.com’s Bob Harig reported on Wednesday. Citing LPGA Tour player Marina Alex’s displeasure with the unwarranted cancelation of a hotel room in Augusta the week of October 5-12, Harig posited the warning signs based upon hotel room rates jumping to 10-times their normal price.

Actually @Home2Suites I didn’t cancel my room YOU did! This is ridiculous! Your reason was honoring “already existing” reservations. So obviously you know the date for @TheMasters is October 5-12 and are price gouging for a better rate. COMPLETE BS! I want my room back pic.twitter.com/4AcVN2VkwK

Rumors are running rampant on social media, including that Augusta National Golf Club is reaching out to school boards to inquire about possible extensions of fall breaks, which would jive with what typically happens in spring allowing Augusta natives to rent their houses for the week.

While every planning situation remains fluid as it pertains to the spread of the coronavirus outbreak, it appears as if golf’s governing bodies are doing what they can to salvage what is sure to go down as one of the strangest years in the sport’s history.