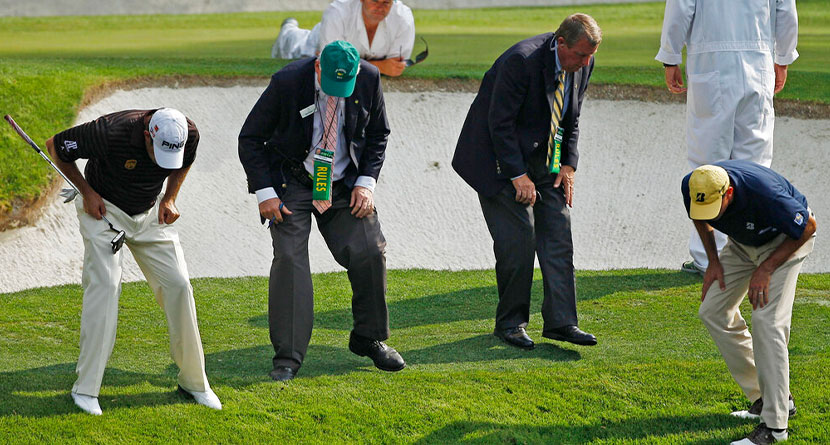 As they do every four years, the USGA and R&A announced some changes to the Rules of Golf that will go into effect in 2023. After some major shakeup back in 2019 – leaving the flagstick in while putting, dropping from knee height instead of shoulder height, and reducing the time allowed to search for balls – the new wave of changes weren’t quite as drastic.

The first change applies to “The Modified Rules for Players with Disabilities”. Prior to the changes, those modified rules were separate from the Rules of Golf, and only applied as a local rule if a competition committee chose to adopt them.

Starting next year, the Modified Rules become Rule 25 in the Rules of Golf, and will automatically apply in all competitions and general play for any player who is eligible to use them.

“It’s a really big step forward for us on inclusion and certainly for awareness for the adaptive golf community.”

The second change no longer requires players to have the correct handicap written on their scorecard in stroke play events. Tournament committees will now be responsible for verifying each player’s handicap, and players will no longer incur a penalty if they fail to write their correct handicap on their scorecard. The reasoning behind this change is that committees can more easily verify a player’s handicap thanks to the World Handicap System being readily available digitally.

We continue to make the Rules of Golf easier to understand and apply.

These 5 key changes will go into effect on January 1, 2023. pic.twitter.com/JuBgyoeZld

The fourth rule change will apply to balls being moved by natural forces. If a ball is at rest and is moved to another area of the course by natural forces, like the wind, the ball must be replaced. Under the current rules, a ball that moves after it comes to rest is still in play, and the ball must be played from wherever it winds up. This rule has previously made headlines with Billy Horschel at the 2016 Masters, and more recently with Rickie Fowler at the 2019 Waste Management Phoenix Open.

Horschel had chipped his ball to the notoriously slippery front portion of Augusta National’s par-5 15th hole. After rushing to mark the ball, he replaced it on the green, pocketed his ball mark, and began reading his putt from the other side of the hole. On his way back to the ball, a gust of wind started moving it, and blew it into the water fronting the green. Horschel was forced to drop back where he had originally played his third shot, and carded a bogey.

Fowler’s incident nearly proved more damaging. Leading by four strokes on the 11th hole in the final round of the tournament, Fowler chipped his ball over the green and into the water behind the putting surface. Fowler took a drop and began assessing his next shot while the ball was at rest behind him. Fowler’s ball then began rolling, and once again ended up in the water. Because his ball was already deemed to be in play, Fowler incurred a penalty and had to drop again. He took a triple-bogey 7 on the hole, and saw his lead cut to one before rebounding and winning the tournament by two shots.

Fowler is no stranger to changes in drop rules. After the rule change on drop procedure in 2019, Rickie was penalized at the WGC-Mexico Championship for taking a formerly-legal shoulder height drop. A week later at the Honda Classic, Fowler trolled the new drop rule by leaving a little dropping of his own with his new technique.

The final change to the rules will impact penalty relief when a player chooses to take relief back on the line of the pin. The player can still choose to take back-on-the-line relief, but will no longer have to re-drop if a ball remains within one club length of where it is dropped.

Whether you’re playing in a heated competition or just out for some giggle golf with your buddies, it’s always good to know the rules of the game and play by them. You never know when you might come across a stickler for the rules and have to know your stuff.