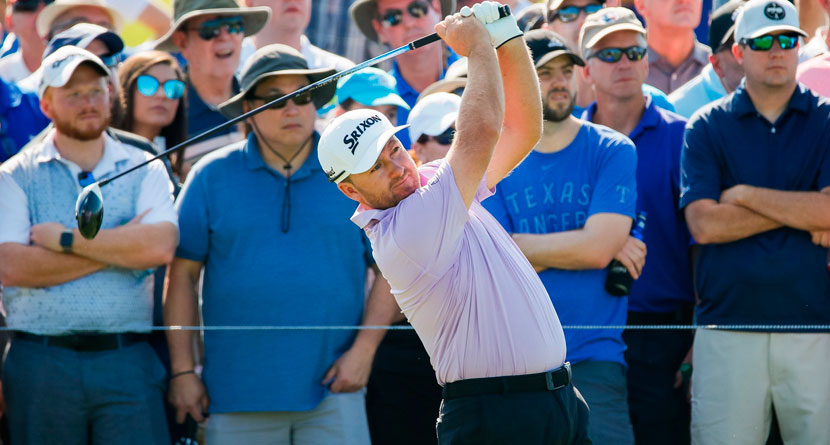 The 2010 U.S. Open Champion, Graeme McDowell, won’t be around for the weekend at Shinnecock Hills and he can thank one truly bad break for his third consecutive missed cut at the only major championship he’s won.

Playing the monster 232-yard par-3 second hole, McDowell did well to get pin-high and faced a relatively straightforward bunker shot from 24 feet from the hole.

Graeme McDowell could only laugh after this pic.twitter.com/fN5hA8fzzM

Giving the bunker shot a little more juice than it required, McDowell clanged the shot into the pin and watched as it shot back towards him in the greenside bunker. All McDowell could do in the moment was double over laughing at his bad luck. He would go on to double bogey the hole en route to a first-round 9-over par 79.

A Friday round of even-par 70 proved to not quite be enough as he missed the weekend by a single stroke.