Why Graham DeLaet Is Chipping One-Handed At The Safeway Open 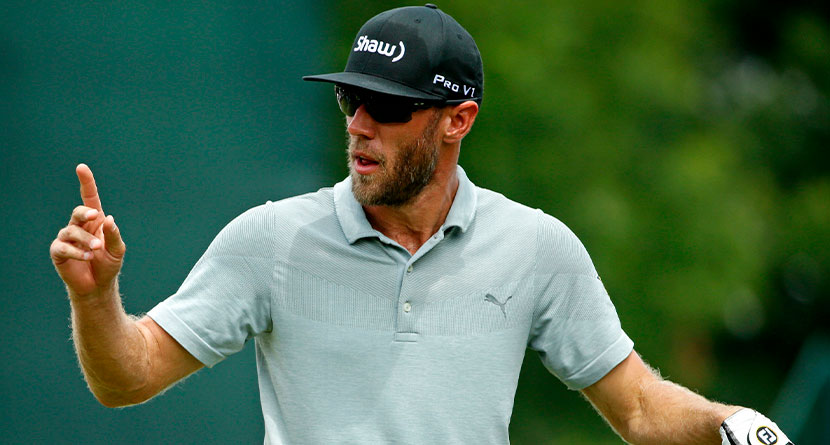 Canadian Graham DeLaet has had a tough go of it the past few years on Tour — and that doesn’t exclusively include the time he’s actually been able to spend inside the ropes.

Since he came onto the PGA Tour by way the Sunshine and Nationwide Tours in 2010, DeLaet has been plagued by a balky back, which has resulted in a stop-start career over the last decade.

As he dealt with his recurring injuries, DeLaet admitted to developing  “incredible anxiety while chipping/pitching” in 2016, leading to some hide-your-eyes type short-game shots.

I’m dealing with incredible anxiety while chipping/pitching right now. It’s not fun. I needed to WD to get it sorted out and get back ASAP.

So this is what DaLaet was referring to with his chipping yips. https://t.co/QKkXfpw3PT

His back injury flared up again shortly thereafter, sidelining him from Tour competition for the better part of three years, playing just three times since 2018. An attempt to make a comeback was derailed on the range at Torrey Pines earlier this year, but he’s back in action this week at the Safeway Open where he once again made news during the first round.

“I feel like I’m good enough to give it a try. I can’t keep sitting around doing nothing,” DeLaet told Bob Weeks of TSN.com. “I don’t think (my back is) ever going to get much better. I’ve accepted that. I feel like an old man.”

It appears as if his chipping issues have yet to be fully resolved, either. Facing a short-sided pitch on the 10th hole at the Silverado Resort and Spa – North Course, DeLaet made some quick and confidence practice swings before moving into address the ball and taking the club back one-handed.

The shot was a great one, ending up inches from the hole, but it caught most everyone watching off guard, including the broadcast team.

“This means you’ve got some issues going on around the greens,” Justin Leonard commented.

“It’s been pretty well documented that I was having some issues but when I use one hand I don’t get those thoughts and the anxiety,” DeLaet said after the round. “I’ve put in time with practicing and feel pretty comfortable and calm doing it. I’d like to get back to two hands but I almost chipped in twice.”

The up-and-down kicked off a backside of nine consecutive pars en route to a 2-over par 74 to open up the tournament.

We reached out to SwingU Master Faculty member and Top-100 instructor Chris O’Connell of The Plane Truth to get a little more insight as to why DeLaet may be hitting these types of shots with one hand.

“He’s using the correct arm to take the chunk out of play,” O’Connell said. “You can’t chunk with that arm because it is behind the ball. The clubhead then is sliding or even swinging slightly up when it gets to the ball. It doesn’t get bladed because with that much loft the clubhead contacts well under the equator.

“Anyone who struggles chunking chips will be better only using their trail hand.”

While it doesn’t paint a complete picture, it has to be somewhat encouraging for DeLaet that he gained 1.026 strokes on the field around the greens. Now if he can clean up his putting — he was -4.498 SG: putting; last in the field — he might be onto something.