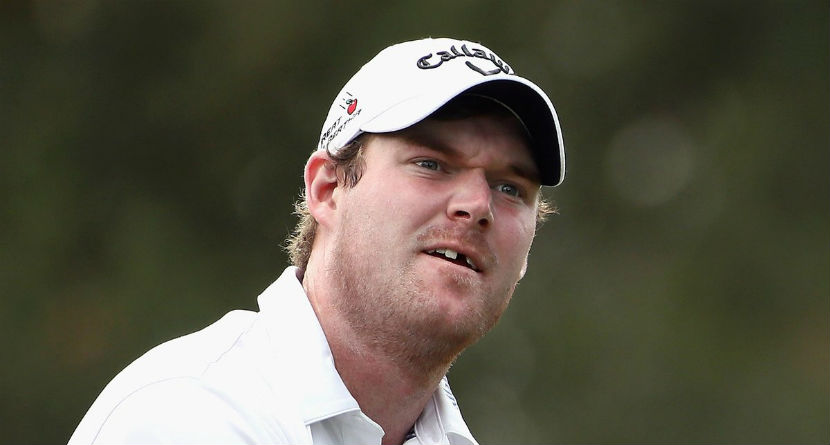 Things got heated on social media on Wednesday over world ranking points between a couple of PGA Tour and European Tour pros. It’s not even a Ryder Cup year, but let’s be honest, did you expect anything different? It all started last week when Kelly Kraft shared his thoughts during the WGC-Dell Match Play on the point allocations in the Official World Golf Ranking:

It’s amazing to me how fast some of the Asian Tour/ Euro tour guys rise in the world golf rankings.

To which outspoken PGA Tour rookie Grayson Murray gladly chimed in (and since deleted):

However, some folks from across the pond took offense:

Some fall pretty fast too. Maybe come and play in Europe before displaying your ignorance for us all to realise what a ✊? looks like. https://t.co/tcTjKm521h

@GraysonMurray or you guys could just text that to each other, and not make a fool of yourself for tweeting nonsense

Then Byeong Hun An decided to throw his hat into the ring. It should be noted that An plays on both tours but broke through when he won the European Tour’s prestigious BMW PGA Championship back in 2015.

dont be jealous. come to europe and asia to at least have a chance to play WGCs or Majors https://t.co/Ww0g6v0ghi

Only for Murray to take a swing at An.

@ByeongHunAn why did you go to Europe when you turned pro? Oh wait you couldn’t get through PGA tour school right away….

Murray then attempted to lighten the mood a bit…

@GraysonMurray doesn’t matter what tour you play in, if you are the best in that tour, you deserve to play in WGCs and Majors.

…and was having none of it!

??? u got two things to work on, your jokes and golf game. https://t.co/RomFToNEZy

Finally, Murray inexplicably starting calling out people in the gallery for good measure (which, again, he since deleted):

Stay tuned, because we have a feeling this is only getting started.