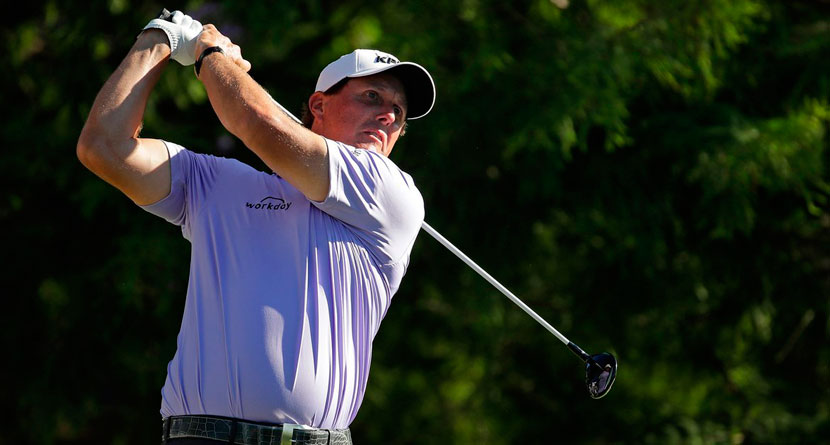 The Greenbrier Classic is back on the PGA Tour schedule after devastating floods ravaged the area last year forcing the event to be canceled. With a restored golf course and star-studded field in West Virginia, the game’s best players are ready to showcase their skills on PGA TOUR LIVE, which will have coverage beginning early Thursday morning.

Phil Mickelson and Bubba Watson headline a field that includes eight players inside the top-50 in the Official World Golf Ranking and 11 players with major championship pedigree. You can catch the tournament’s biggest names during PGA TOUR LIVE‘s coverage window over the first two days of the event.

“I just knew that there was nothing that couldn’t be fixed.” – @bubbawatson

The first two days of the Greenbrier Classic will be live streamed on PGA TOUR LIVE beginning at 7:00 a.m. EST, giving subscribers just shy of 12 hours of live golf that otherwise would go unseen. Through the Tour’s partnership with Twitter, the first hour-plus of the PGA TOUR LIVE broadcast can be seen for free.

Here is PGA TOUR LIVE’s schedule for the Greenbrier.

PGATL will move to Featured Hole coverage at 3:00PM/ET on Thursday and Friday. Featured Hole Coverage will consist of the 15th (Par-3) and 17th (Par-5) holes.

The last iteration of the Greenbrier Classic was won by Danny Lee. Lee outlasted David Hearn and Robert Streb in a two-hole playoff to claim his first PGA Tour victory. He defends this week in unusual circumstances.