REVIEW: ESPN’s ‘Shark’ A Humanizing Portrait Of One Of Golf’s Most Complicated Figures 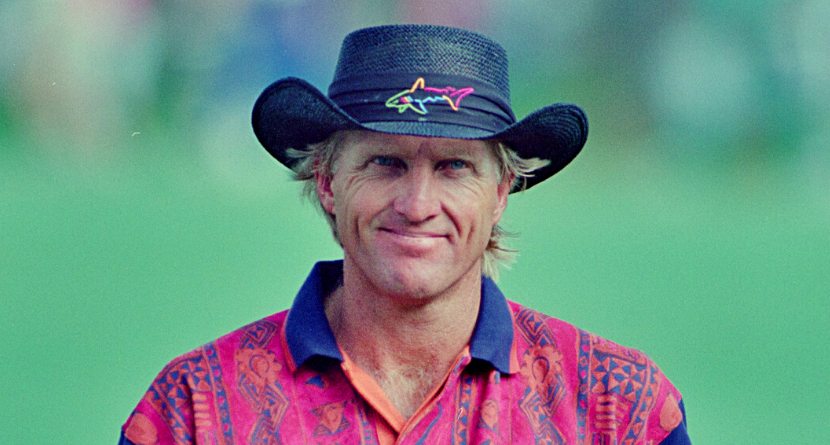 Setting aside whatever you might be feeling toward Greg Norman the businessman at this moment, Greg Norman the golfer occupied a rare place in our hearts as sports fans in the spring of 1996: he was a vessel for our collective sympathy.

The new ESPN 30 for 30 documentary “Shark” — which debuted on the network Tuesday and is available for on-demand streaming on ESPN+ — summons those old emotions like they were still fresh, which has become the calling card of filmmaker Jason Hehir (“The Last Dance”).

Cast as a villain in the sport he dominated by American fans who openly rooted for him to fail on the biggest stage, Norman’s many near-misses at Augusta National had cumulative effect of transforming him into an underdog by the 1996 Masters. And that’s why watching him helplessly squander a six-shot lead in the final round to Nick Faldo still resonates as one of the all-time collapses — the human side of it is undeniably heartbreaking to watch.

The 1996 Masters is a climax in the form of a crushing low point. But throughout the film’s 78 minutes, Hehir does a magnificent job of humanizing one of the sport’s most complicated figures by retracing his uneven path to the top of the golf world.

The filmmakers made the inspired choice of having Norman return to Augusta and play the course with the exact pin locations from that fateful Sunday, stoking visceral memories of every fidget, every hesitant club selection and every errant shot that produced the 78 on Norman’s scorecard.

Norman was also handed a tablet and directed to watch footage of the event for the first time in years — a technique Hehir employed when he was interviewing Michael Jordan for “The Last Dance,” the popular docuseries that chronicled the final championship season of the Chicago Bulls’ dynasty.

“I give him a lot of credit for going where we wanted to go,” Hehir told the No Laying Up podcast. “Any pro athlete has a certain sense of ego, and if you said to them, ‘we’re not going to do a lot about the 1996 Masters, we’re just going to talk about your accomplishments,’ he probably would have been fine with that. He’s Greg Norman. He’s worth half a billion dollars. He’s got that aura about him. … But I give him a tremendous amount of credit for understanding what we were doing and going along with it.”

A number of high-profile golf personalities were interviewed for the documentary, including former CBS analyst Peter Kostis and ex-pro Brandel Chamblee of the Golf Channel. Those two, as is their wont, pushed back against some of the narratives that might’ve painted Norman in a more favorable light.

Norman, who also suffered agonizing defeats at Augusta to Larry Mize and Jack Nicklaus, was not, in their eyes, “snakebitten” so much as he was penalized for playing poorly at the worst possible time.

“His game took a downturn after that, and I think that proves, at least in my view, that he took it as he was being robbed of these major championships, but if you look a little closer, he wasn’t being robbed,” Chamblee said. “It was far more about the flaws in his golf game, or maybe in his emotional state when he was playing the back nine, than it was about fate singling him out for this torturous career.”

Added Kostis: “Everybody remembers the chip-in by Larry Mize, but the reality is three bogeys on the back nine on Sunday is not going to get you the green jacket. Bob Tway’s bunker shot [to win the 1986 PGA Championship] is iconic in PGA history. Greg shot 40 on the back nine. Come on, you shoot 40 on the back nine and you still have a chance to win? Something bad might happen to you.”

To his credit, Norman conceded that he bears most of the responsibility for letting those opportunities slip through his grasp.

It’s notable that the film did not address any modern Norman storylines, his role as CEO of LIV Golf and its Saudi-backed startup tour chief among them. Hehir said the film was filmed and edited well before the splinter circuit really started to gather momentum, but it was also his intent to focus on the mystique of Augusta and the singular effect such a storied venue can have on one athlete’s legacy.