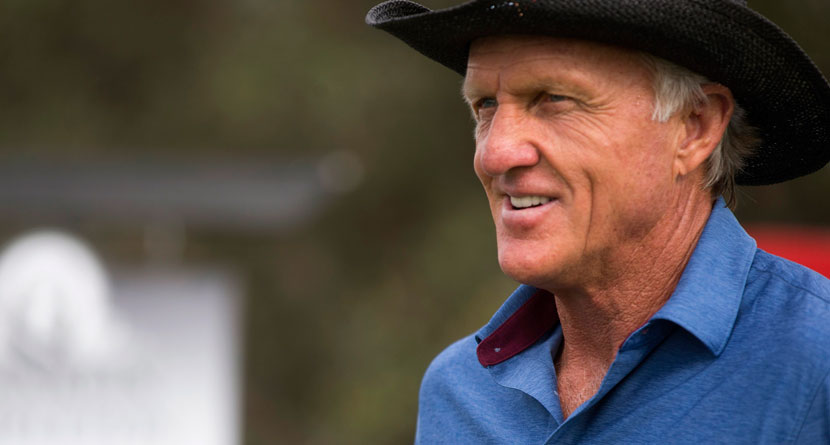 Greg Norman and LIV Golf Investments are nothing if not persistent in their letter-writing.

In a note sent to multiple PGA Tour pros on Tuesday, Norman reiterated that he and his backers would not be deterred by the recent pledges of allegiance made to the PGA Tour by players previously assumed to be jumping ship.

He also shared a few more details about his start-up league, which is being funded by Saudi Arabia’s sovereign wealth fund. Norman laid out a schedule that would show “deference to the majors and heritage championships” of the existing Tours — in addition to players’ schedules, not in place of — and shared the individual & team components that have long been rumored.

“You should know that we are launching….we will not stop.” pic.twitter.com/wy2UrQKP3I

Norman wrote that he believes more players will decide to play in LIV Golf events once they see the benefits available to them.

“We will not stop. We believe in our mission,” he wrote, promising more information about the organization’s first events would come on Wednesday.

Norman concluded the letter saying LIV Golf would work “tirelessly” to alleviate any concerns players may have, and asked that players simply keep an open mind when considering their proposals.

You can read the letter in full below. 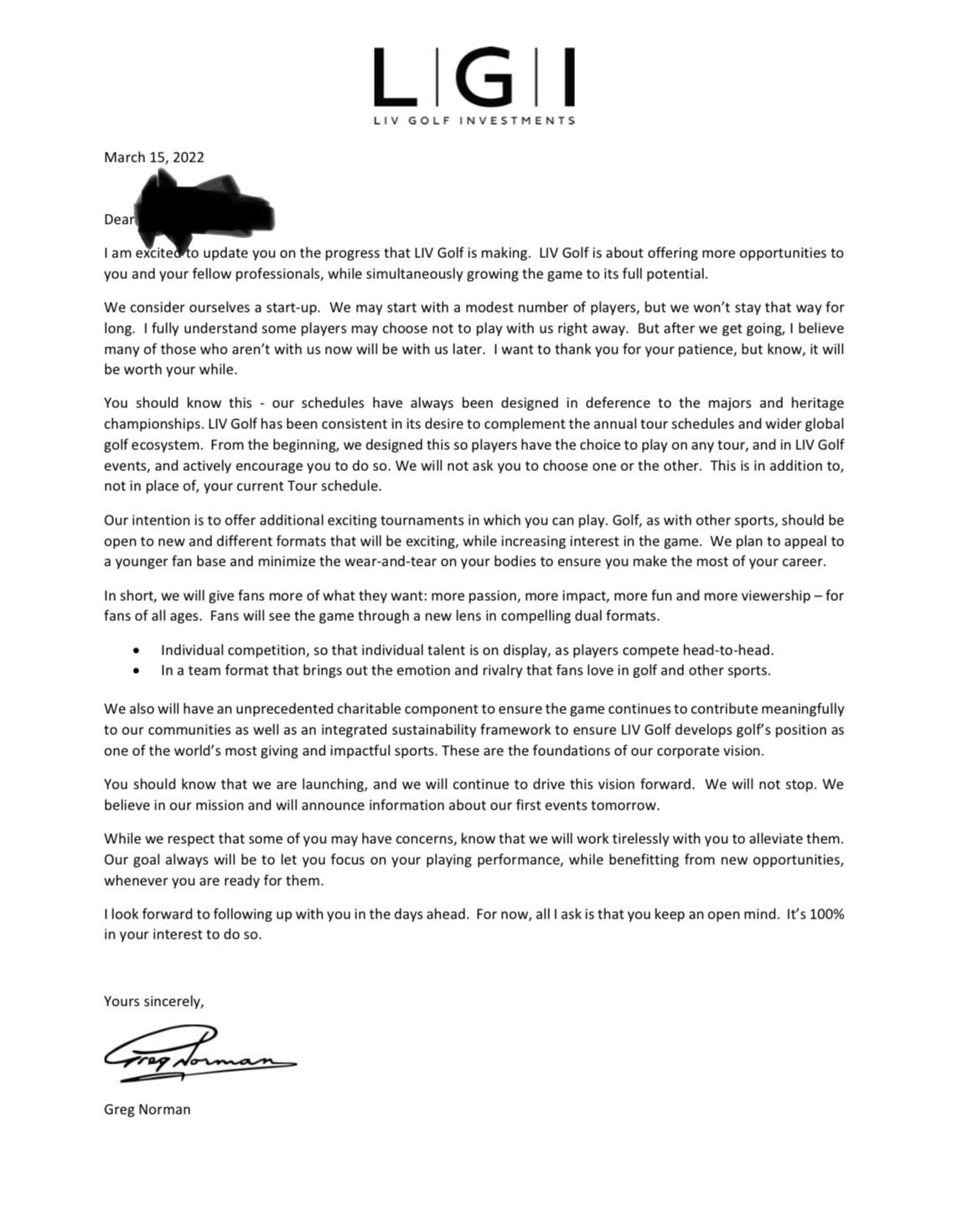