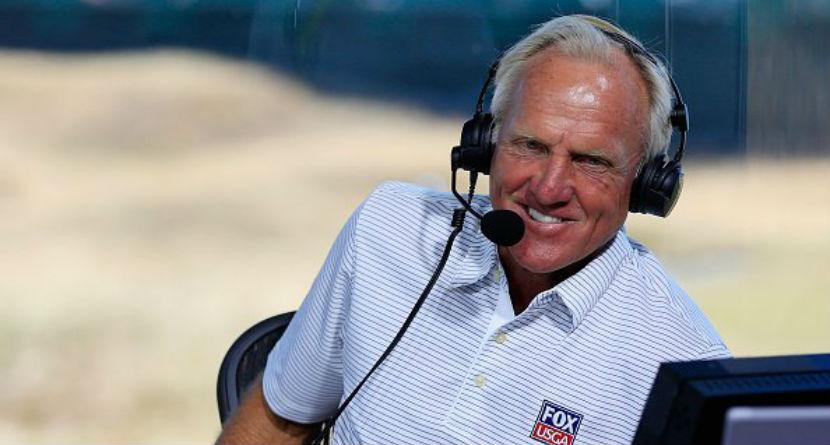 When you don’t have a microphone in front of you, everybody can be a critic, even if you’re a Hall of Famer. Earlier this month, two-time major champion Greg Norman took what appeared to be an unprovoked shot at golf commentators on television today in a self-penned article entitled “Golf has to change with the times” on worldwide.golf.

One thing I find far from appealing is the quality of some of the commentating on TV. They’re as boring to listen to as it is to watch boring golfers play. You get that constant monotone voice: everyone hits a great shot, nobody has an opinion, nobody wants to upset the applecart, and everyone’s got the greatest short game in the world.

When I was in the gym watching The Masters on TV last month I turned the sound off and listened to my favorite music and simply cranked up the volume.

One person who took offesnse, albeit jokingly, was longtime CBS Sports analyst and six-time major champion Nick Faldo who posted this funny tweet.

Of course, Faldo and Norman go way back, most notably during the 1996 Masters when Faldo took advantage of Norman’s epic collapse en route to his third green jacket.

Ironically, Norman tried his hand at announcing when he joined Fox Sports for their inaugural USGA broadcast during the 2015 U.S. Open at Chambers Bay. However, the stint was short-lived as he was quickly replaced in the booth by Paul Azinger the following year.