Haney Unimpressed By Match: Four Hours I Can’t Get Back 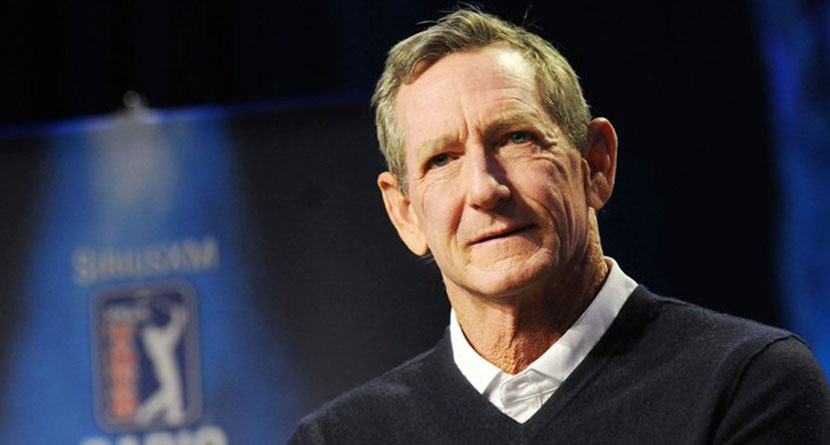 Hank Haney has become one of the most opinionated men in golf.

In the decade since he stopped working with Tiger Woods, Haney has authored a number of books and become more of a public figure working on SiriusXM PGA Tour Radio previously and hosting a daily podcast more recently.

With the first sniff of PGA Tour golf returning to the airwaves on Sunday with TaylorMade’s Diving Relief charity skins match, which featured Rory McIlroy and Dustin Johnson versus Rickie Fowler and Matthew Wolff, many golf fans were happy to just have something new to watch on television.

The match, which was contested at Seminole Golf Club, long revered as one of the best courses in the United States, a skeleton NBC crew broadcasted the event, which benefitted COVID-19 relief efforts with each pairing playing for a specific charity.

While there were small technical issues and interesting broadcasting choices throughout, Haney didn’t bite his tongue in his review of the four-hour match, saying on his podcast released Monday that it was tough to watch.

“I have to be honest with you, I don’t know how people watch this stuff,” Haney said. “I watch it all the time. I’m asking myself while I’m watching it, ‘why am I watching this? This is like four hours of my life I can’t get back.'”

Haney’s co-host, Tim Parochka, replied that he enjoyed it, which prompted Haney to respond skeptically.

Whether or not folks enjoyed the event, more than 2.35 million people tuned in, according to Monday’s ratings release.

“Sunday’s telecast helped raise awareness for the American Nurses Foundation, CDC Foundation and Off Their Plate, three organizations on the frontlines of COVID-19 relief efforts. It’s a credit to the PGA Tour, corporate partners and the players for making this event a terrific success,” Pete Bevacqua, NBC Sports Group president, said in the statement. “On top of the funds raised for these charitable entities, audiences were treated to their first look at Seminole Golf Club, which ultimately was the fifth star on Sunday in its television debut.”

For comparison’s sake, the Total Audience Delivery (TAD) of the Driving Relief broadcast was similar to what CBS and NBC saw for final-round coverage of PGA Tour golf tournaments around this time last year, but a younger demographic of 25-54-year-olds tuned in, up 44% from that age range from the same comparison period in 2019.