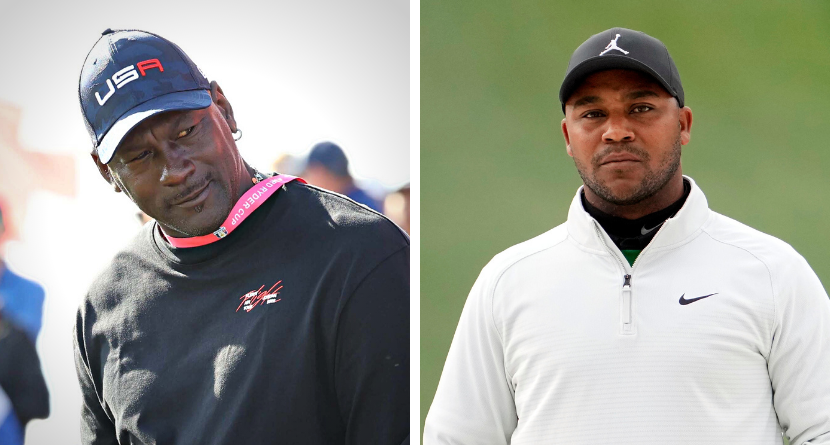 Michael Jordan had 5,633 assists in his Hall of Fame basketball career. But you can chalk up one more helper for his Airness — and the PGA Tour was the beneficiary.

Jordan — an avid golfer and a massive pro golf fan who’s become a sort of spiritual, if unofficial, vice-captain for the American Ryder Cup squad — was notified by one of his brand ambassadors, Harold Varner III, that a “nuts” offer from the Saudi-backed LIV Golf Series was on the table.

Varner III said Jordan was one of the trusted voices in his inner circle who helped him arrive at the decision to stay put.

“I’m obviously not going,” Varner said last week ahead of his latest major start in the U.S. Open in Brookline, Mass. “I’ve spoken with [PGA Tour commissioner] Jay [Monahan], I’ve spoken with a lot of people I look up to and it just wasn’t worth it to me for what it was worth. That’s pretty simple.”

While still in search of his first PGA Tour victory, the 31-year-old has risen to 37th in the Official World Golf Ranking. A win in the Saudi International back in February significantly raised his profile, but it also had the unwanted effect of ensnaring Varner III in the Saudi series rumor vortex.

Jordan, a global icon, brings a unique perspective on such matters.

“I think it helps because I’m sure he’s had decisions like this long before I was even born,” said Varner, who grew up near Charlotte and played collegiately at East Carolina University. “But there’s been a lot of people that I look up to that are obviously super wealthy and super successful and different places in the world.”