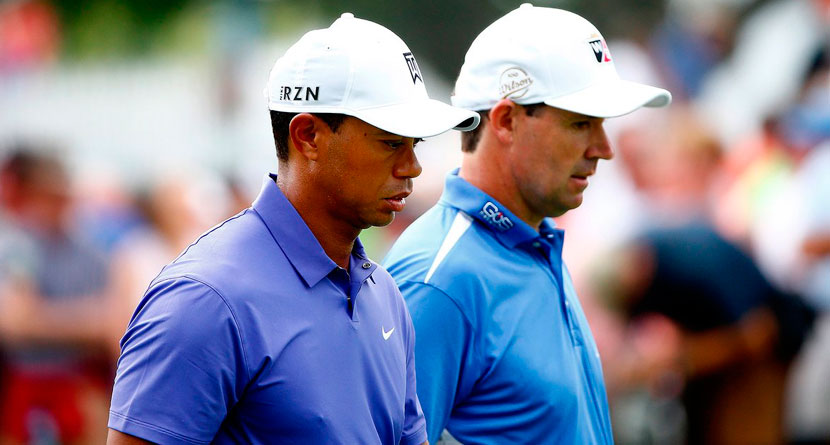 There are not many people in golf who have the track record or the audacity to call into question Tiger Woods’ major championship preparations, but Padraig Harrington proved to be one of those few earlier this week.

Speaking ahead of the Dubai Duty Free Irish Open at Lahinch, the three-time major doubted if Woods could be serious about winning his second major championship of the season in two weeks at Royal Portrush with no competitive starts between the U.S. Open and the Open Championship.

Woods didn’t play between his Masters victory and the PGA Championship, which resulted in a missed cut at Bethpage Black.

“I was always mightily impressed when Tiger Woods would play in a major without playing the week before. I’d be a basket case if I didn’t play the week before,” Harrington said.

“Different personalities (are) completely different. But I do think links golf is different. You’re giving up some shots if you don’t play some links golf in the couple of weeks coming up to it. There’s no better way to understand your clubbing than when you’ve got a card in your hand and if you under-club there’s a little bit of pain and you remember it.”

That strategy has Padraig Harrington questioning how ‘serious’ Woods is about winning at Royal Portrush. https://t.co/DUWx2ZjyOP pic.twitter.com/6kTGQbgfdZ

After a tie for 21st at the U.S. Open last month, Woods had already planned to take time off between the Opens.

“I think I’m going to take a little bit of time off and enjoy some family time,” Woods said at Pebble Beach. “It’s just trying to wind down from the championship as well as my lifts and getting back into it.

The Open Championship will be held July 18-21 in Northern Ireland.