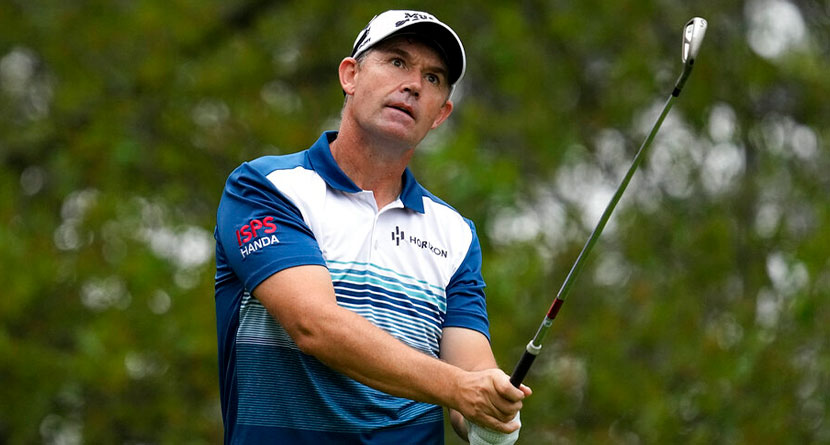 ST. LOUIS (AP) — Padraig Harrington built a comfortable lead and even a few mistakes at the end couldn’t keep him from winning the Ascension Charity Classic on Sunday for his third title this year on the PGA Tour Champions.

Harrington had seven birdies in a closing round of 3-under 68 for a one-shot victory over Y.E. Yang (66) at Norwood Hill Golf Club.

Steve Stricker, who started one shot behind Harrington, caught him when the Irishman took double bogey on the par-3 fourth hole. Both made birdie on the fifth, but that was the last birdie Stricker made. He finished with 13 pars for a 69 to finish third.

Padraig Harrington does it again. 🏆🏆🏆@Padraig_H shoots -14 to snag his third title this season @AscensionCCG. pic.twitter.com/Cznc5ePS5a

Bernhard Langer had a 70 and finished fourth.

Harrington’s third victory on the PGA Tour Champions — and his second in his last three tournaments — allowed him to at least close the gap on Steven Alker of New Zealand in the Charles Schwab Cup standings.

Four tournaments remain before the Charles Schwab Cup playoffs start, and Alker’s lead is down to $134,778, meaning Harrington will have a chance to take over the lead next week at the Sanford International in South Dakota.

Yang was never a serious factor until the final hour when he made three straight birdies, the last one on the par-5 15th hole when his 60-foot eagle attempt grazed the side of the cup. But he ran out of holes and Harrington stayed in control.

Harrington dropped shots on the 16th and 18th holes that only affected the margin. He finished at 14-under 199.