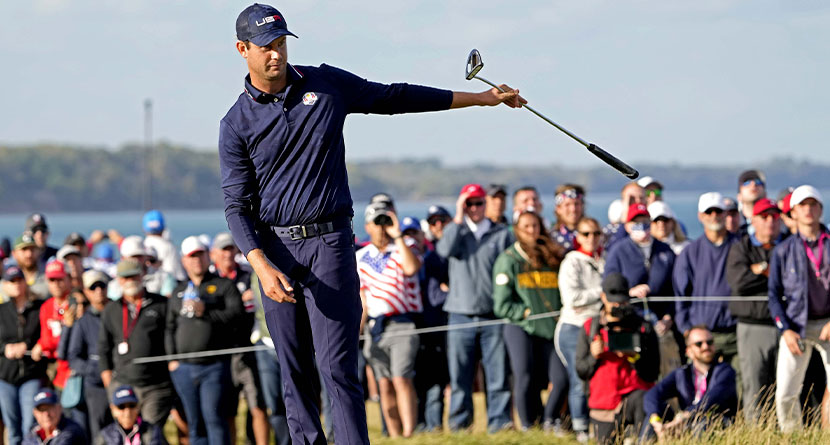 The soft-spoken University of Georgia product has enjoyed a career resurgence in 2020-21, but he would never be considered as a lightning rod for drama, which is part of what makes the Ryder Cup so great.

English went on the Fore the People podcast with John Peterson and  J.J. Killeen to discuss his career year, the U.S. Ryder Cup rout and anything else the hosts would throw at him.


English, whose battered and tattered putter grip caught some national television airtime during his 8-hole playoff victory at the Travelers Championship, turned into the center of a rules controversy on Sunday at the Ryder Cup that practically no one outside the Team Rooms knew about.

A truly wild story that flew under the radar at the Ryder Cup. Harris English details how his tattered putter grip was deemed non-conforming just hours before his Sunday singles match. https://t.co/qrcerNexZd

“I get to the course on Sunday — I’m literally walking into the clubhouse — and I get a call from Steve (Stricker),” English recalled on the podcast. “I had no idea what he was calling me about; he hadn’t called me this whole week. He said, ‘Hey Harry, I’ve got some bad news. We’ve got the head rules official here and he wants to take a look at your putter grip.’

“I guess somebody had called in — they saw (the grip) on television or whatever — and saw the banana flap over. They deemed the grip illegal. This was Sunday morning about two hours before my tee time as I’m getting warmed up.”

The “banana flap” is the rubber compound that connects the putter grip’s material to the rubber cap at the top of the grip. English, who has used the same putter grip since his days at UGa in the early 2010s, had won twice in the past nine months and wasn’t about to change anything up if he didn’t have to.

The frayed cloth material and exposed cap at the end of the grip had been deemed damaged and therefore unplayable by officials.

“It was past the point of being worn down and had been deemed damaged,” English said. “I’ve been putting with it for 8, 9, 10 years — I have no idea how long. Somehow, someone thought it made me putt better. I don’t know. I have no idea why.”

“Davis, the savvy deer hunter and knifesman he is, got an X-Acto knife and cut the part off,” said English. “We gauzed it so it would be flush with the other cloth part. He did it in a few minutes. He finished it, gave it to the rules official and the rules official had to go give it to (Padraig Harrington), I guess, to okay it. Then I went out and played with it.” 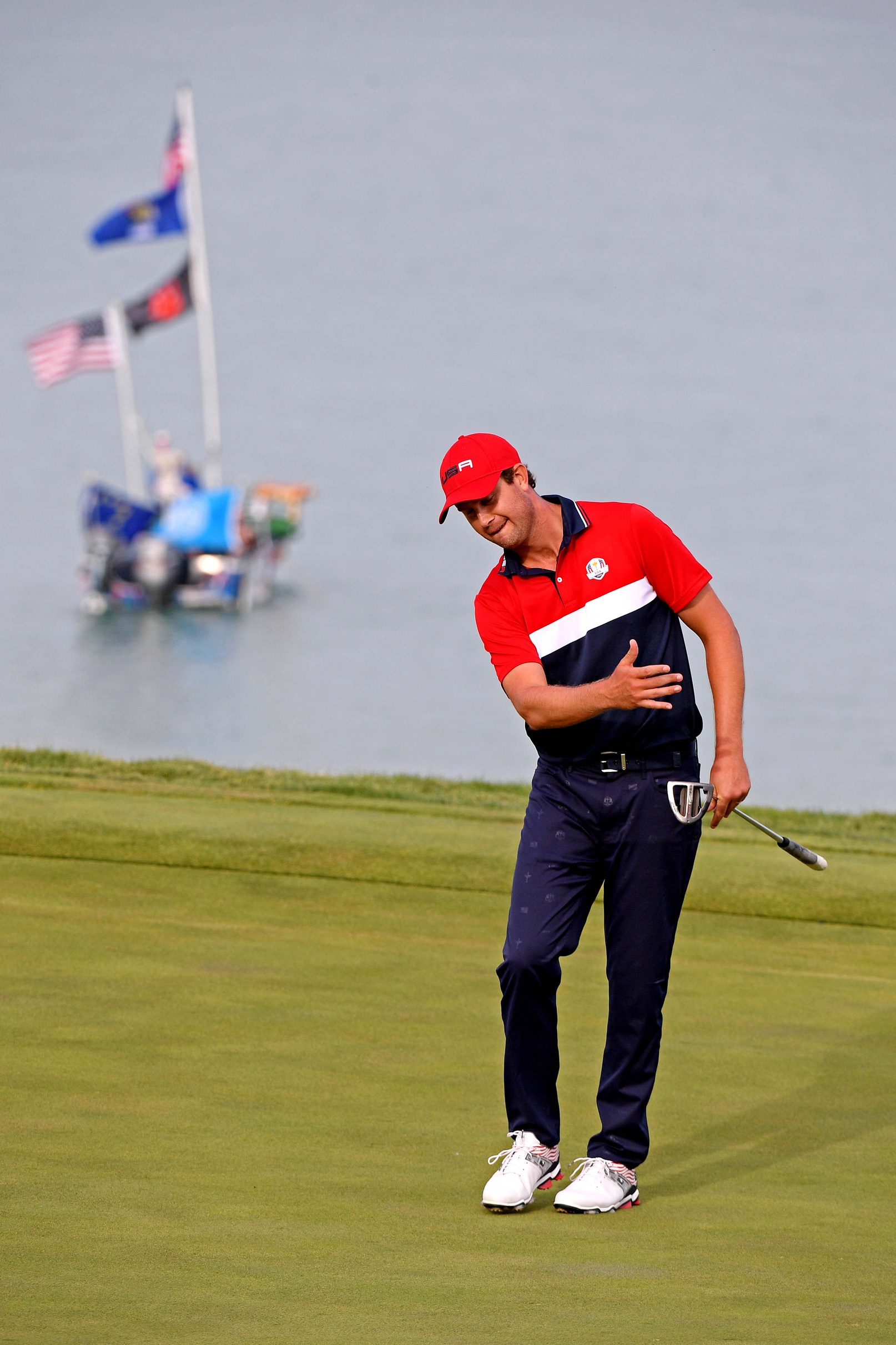 English would go on to lose his singles match to Lee Westwood, 1 up, but he was able to leave Wisconsin with some semblance of his old putter grip still in tact, even if its days are numbered.