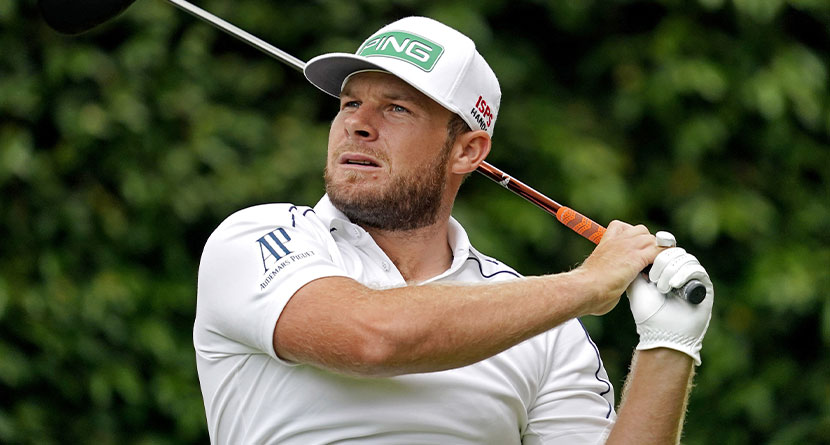 When you search for “Tyrrell Hatton broken club,” an immediate problem arises: the query is too general.

There are too many instances of the 30-year-old Englishman losing his ever-loving mind on the golf course and taking it out on his equipment. You need to be more specific.

In the aftermath of his failed title defense this week at the DP World Tour’s Abu Dhabi HSBC Championship, Hatton made his feelings about the closing hole at the first-year host course abundantly clear.

Hatton finished the tournament at 7-under par and in a tie for sixth place, three shots behind eventual champion, Thomas Pieters. Hatton’s ire was drawn mostly in the second and third rounds when he made a double-bogey 7 and a quadruple-bogey 9, resulting in six dropped shots that could have dramatically improved his chances for back-to-back victories.

Instead, Hatton fumed both during and after his rounds about the hole, which resulted in a snapped fairway wood on Saturday.

Why does Hatton hate the hole? Let us count the ways.

For the week, the 646-yard finishing hole played to a 5.17 stroke average, the fourth-toughest hole to par on the layout. Hatton requested a redesign by the time the Tour returns to Yas Links in 2023, but he knows that’s a tall task. Instead, he may make different arrangements.

“We are due to come back here next year and it would be nice if they redesigned it,” he said. “But I think that’s a bit of an ask. Perhaps I may not be back.”