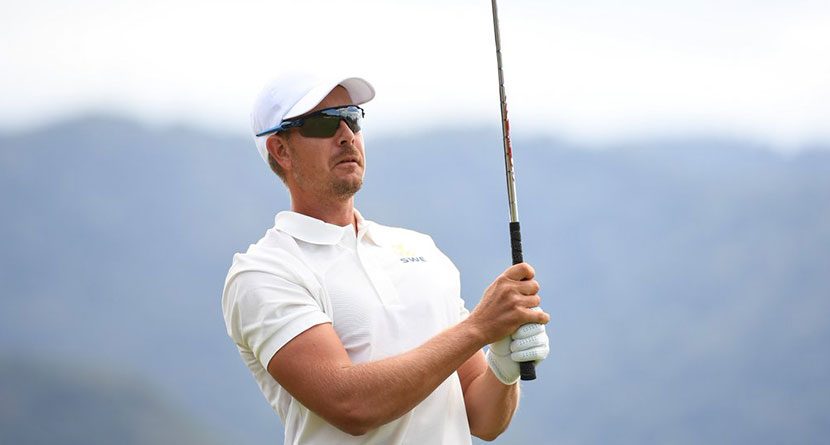 Golf is by far the hardest sport in the world to broadcast. As opposed to basketball, baseball or football (either iteration), golf is played across a sprawling expanse of land with 18 “courts” or “fields” with competitors scattered all over the place, so cameramen, producers and directors can be forgiven for missing a shot or two, but Henrik Stenson’s (likely) record-setting 108-foot putt on Friday?

The best part is that they didn’t really miss it. Cameras were trained on Stenson’s playing partners Rafael Cabrera Bello and Thongchai Jaidee getting a ruling in a greenside bunker. Stenson didn’t feel like waiting, however, and he went after his 108-foot putt. To Golf Channel and NBC’s credit, they picked up Stenson making the stroke and reacting in perfect, sarcastic Stenson form.

The Swede’s second-round 68 has him in medal contention trailing only Marcus Fraser and Thomas Pieters. Justin Rose is 6-under par, four back and lurking as the Olympics head into the weekend.

Here are the second round highlights from Rio de Janeiro (click the player to be redirected to the Olympic site). The complete Olympic leaderboard can be found here.