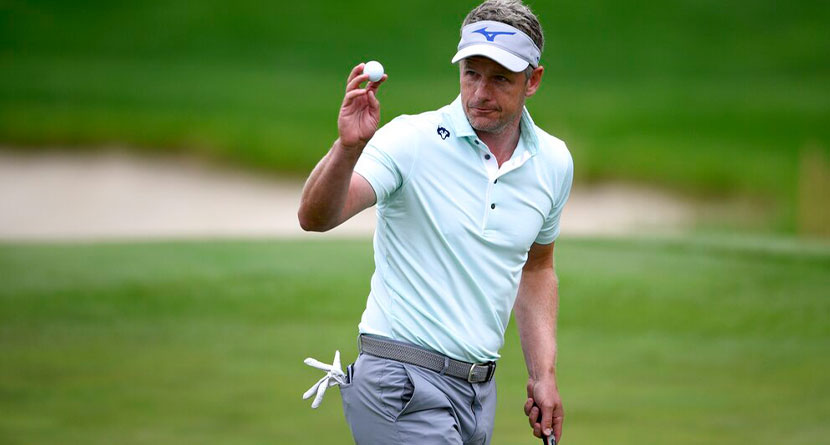 For European golf, this year’s Ryder Cup is set to mark a break from the past.

This week might provide a hint as to who is part of the future.

The Hero Cup match-play event takes place in Abu Dhabi from Friday to Sunday, pitting Britain & Ireland against Continental Europe in a competition that allows European Ryder Cup captain Luke Donald a chance to assess his options eight months out from the contest with the United States outside Rome.


New blood will be needed in Donald’s Ryder Cup team because of the likely absence of veteran players — such as Ian Poulter, Lee Westwood and Sergio Garcia, who all play in the Saudi-funded LIV Golf league — who have long been the backbone of Europe’s lineup.

The Hero Cup, essentially a renewal of The Seve Trophy that had eight editions from 2000-13, is the perfect opportunity for up-and-coming players to prove themselves in a team format and press their case for inclusion in the Ryder Cup, especially with Donald having six captain’s picks.

So, the likes of Guido Migliozzi, a 25-year-old Italian who will be keen to play a Ryder Cup on home soil, and U.S-based players Seamus Power and Sepp Straka can force their way further into Donald’s thinking.

The two teams in the Hero Cup will be captained by Tommy Fleetwood (Britain & Ireland) and Francesco Molinari (Continental Europe), who were inseparable as Europe’s star pairing in its victory at the 2018 Ryder Cup outside Paris.

This week, they’ll enjoy a friendly rivalry at Abu Dhabi Golf Club and also be members of their 10-player teams, which contain five of the world’s top 30 — four of which are in Britain & Ireland’s lineup in Shane Lowry, Fleetwood, Tyrrell Hatton and Power.

Fleetwood, Lowry and Hatton have also won on the course at the Abu Dhabi Championship — one of the European tour’s leading events — in the last six years, giving another edge to a team that won The Seve Trophy on six of the eight editions.

The reigning champion in Abu Dhabi is Thomas Pieters, the Belgian who is part of Continental Europe’s team. Its lineup was tweaked Monday when Rasmus Hojgaard pulled out because of an unspecified injury and was replaced by his twin brother, Nicolai.

The format of the competition has been designed so that every player features on every day. There will be five fourballs on Saturday, 10 foursomes across two sessions on Saturday and 10 singles matches on Sunday.