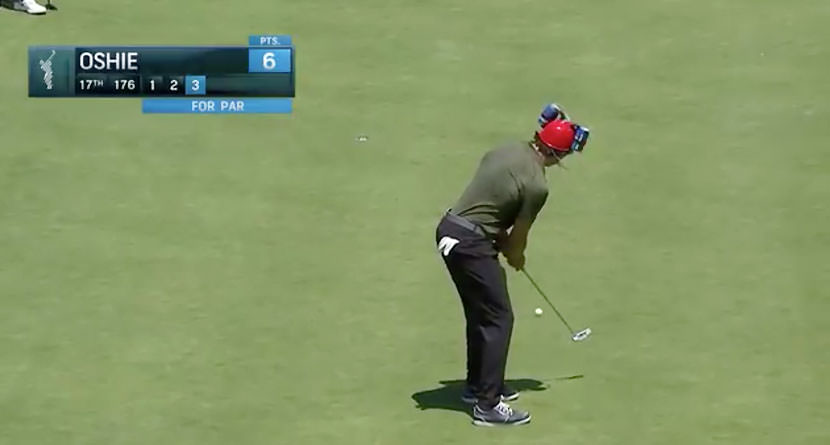 The American Century Championship is more or less the tale of two tournaments each year.

You have the folks who typically end up near the top who take it and their golf,  very seriously — the Tony Romos, Mark Mulders and Mardy Fishs of the world — and then you have folks like Charles Barkley and T.J. Oshie, athletes and celebrities who are in the prime of their careers and don’t have the time, in many cases, or the talent, in other cases, to grind out pars and bogeys.

What makes the annual event so much fun is that dichotomy. The television broadcast from Lake Tahoe can range from someone like Mulder, a retired MLB pitcher, talking over wind direction and club selection with his caddie to T.J. Oshie, a member of the reigning Stanley Cup champion Washington Capitals, standing over a lengthy par put with a beer-dispensing helmet on.

While we’re worrying about DeChambeau’s use of a compass, @tjoshie7’s out here using swing oil ?⛑ #ACCGolf

It’s hard to tell who is enjoying themselves more: the guys who are good at golf and trying to win the tournament or the guys who are just out there to play the game for the same reasons many of us do: be outside and have some fun.

Either way, it appears Oshie isn’t quite ready to stop celebrating his first Stanley Cup victory regardless of the setting.