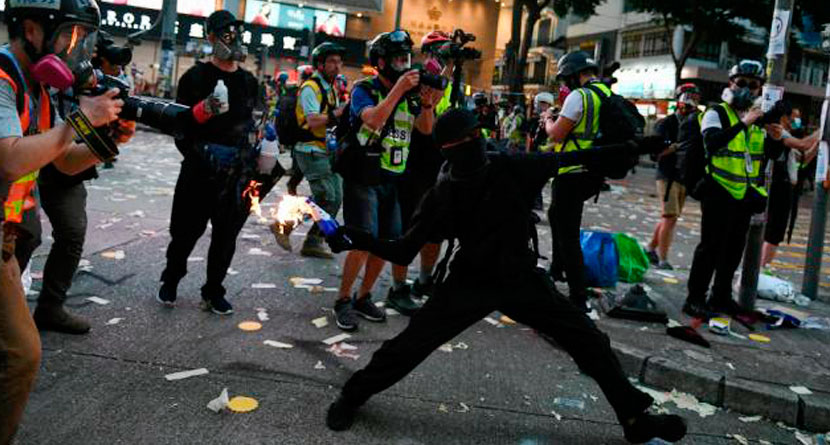 The European Tour’s offseason, which begins at the conclusion of this week’s DP World Tour Championship, is a whopping four days long.

The 2019-2020 schedule was slated to begin with a pair of events taking place concurrently next week in South Africa and Hong Kong, but European Tour CEO Keith Pelley announced on Wednesday that the Hong Kong event would be postponed until further notice as a result of civil unrest and protests taking place in the region.

“The decision has been taken due to the ongoing level of social unrest in Hong Kong,” Pelley said, according to GolfDigest.com. “As the safety of our players, staff, stakeholders and everyone involved in each and every one of our tournaments around the world is our top priority, we feel this is the correct, but unfortunate, course of action.

The event, which is co-sanctioned by the Asian Tour, was set to be headlined by Patrick Reed, Francesco Molinari and Henrik Stenson.

“It is regrettable that the Hong Kong Open has to be postponed due to the ongoing unrest in the city,” commissioner and CEO of the Asian Tour Cho Minn Thant said. “The unpredictability of the current situation in Hong Kong makes it very challenging to sanction the tournament especially with the safety of everyone of utmost importance. However, we are optimistic that once the situation in Hong Kong stabilizes, we will be in a better position to sanction the 61st edition of the Hong Kong Open in the very near future.”

There has been no possible date announced for the event to take place.

The Alfred Dunhill Championship, which will be played at Leopard Creek in South Africa, is expected to take place as scheduled.