Horschel Sounds Off On Different Kind Of Ryder Cup Snub 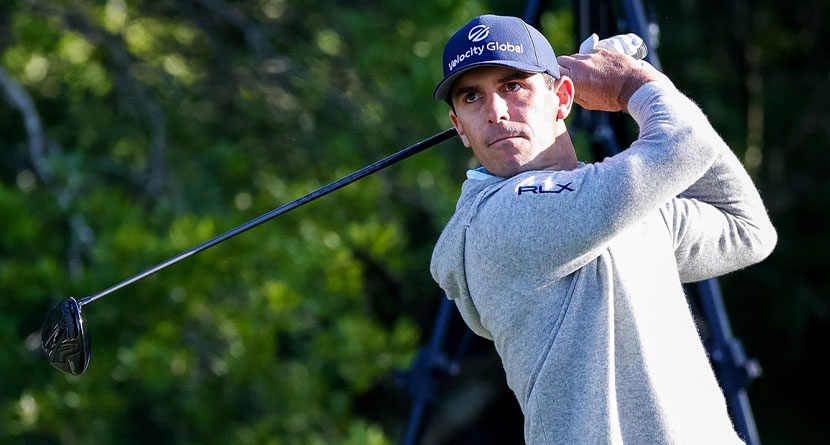 The “Horschel Rule” may be due for an update.

In 2014, Billy Horschel won two Playoff events on the PGA Tour, including the Tour Championship, to capture the FedEx Cup all after U.S. Ryder Cup captain Tom Watson had made his three captain’s picks leaving arguably the hottest player in the world off the team.

Seemingly in response to Horschel’s plight, the PGA of America announced that in 2016, the U.S. team’s selection process would be tweaked, holding off one final captain’s pick until the completion of the Tour Championship.

Fast-forward to this week; the week before the 2021 Ryder Cup at Whistling Straits. Again, Horschel found himself in the mix for a pick, although admittedly on the outside looking in. On Wednesday, Sept. 8 when U.S. captain Steve Stricker made his six picks — another adjustment to the selection process, albeit this one a result of the pandemic — Horschel wasn’t among those who heard his name called.

That wasn’t necessarily surprising, Horschel said from outside London where he was playing in the European Tour’s BMW PGA Championship. What was surprising — and upsetting — was that Horschel didn’t even receive a call from Stricker to tell him he wouldn’t be making the team.

Of course, Horschel would go on to shoot rounds of 70-65-69-65 to win the European Tour’s flagship event by a stroke.

“It sucks not making the team,” Horschel said. “As I said all week, I didn’t play consistent enough and well enough after I won the Match Play to warrant a pick or get enough points to be an automatic selection.”

As for Stricker, the captain said in press conference that he had been in contact with 20-25 players who had a good chance to make the team. He added that he talked to a few of the close calls when they opted to go in another direction.

Horschel, who finished 17th in the final rankings, was not one of those who received a call from Stricker.

“Yeah, some were easier than others. Again, some of them were pretty difficult. The difficult part is I feel like I’m friends with a lot of these guys and to tell them that they are not part of something that they are dreaming to be a part of is pretty difficult. So all in all it went pretty good I thought, and I left the six of these guys for the end, so I could end on a high note and that part was very special.”

As the Ryder Cup descends upon Wisconsin next week, there is still a sliver of a chance that Horschel gets a phone call should some Covid issues arise or if Brooks Koepka is unable to compete due to a lingering wrist injury.

He may not have been one of the six to get a captain’s pick, or even one of the next six to be informed he hadn’t made the team, but after the decisions were made, Horschel again has made things interesting with his stellar play.