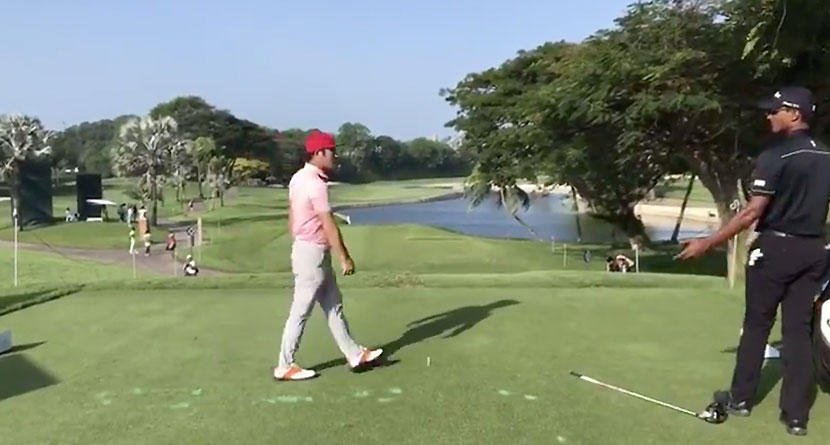 South Korea’s Hosung Choi has enjoyed a cult-like following since he burst onto the larger golf scene in June 2018 thanks to his unique golf swing that features the 44-year-old attempting to use body language to bend the golf ball to his will following contact.

Known as “The Fisherman” because of the occupation he had while coming up the professional golf ranks, Choi’s popularity has allowed him to garner sponsors exemptions into PGA Tour events such as the AT&T Pro-Am and the John Deere Classic.

While those post-shot theatrics were interesting at the time, it appears that the novelty has worn off and like Harvey Dent said, “you either die a hero, or you live long enough to see yourself become the villain.”


Playing in the second round of the Asian Tour’s Singapore Open on Friday, things weren’t going Choi’s way and a wayward tee shot resulted in Choi doing his signature pirouette as he let go of his driver.

The club bounced and hit playing partner Viraj Madappa, which caused the Indian Tour pro to give Choi a disgusted look. Choi seemed to shrug off the incident, but golf fans online didn’t go so easy on Choi.

Whatever made golf a great game in the past is pretty much gone with idiots like this!

I would snap that around his neck

Choi would go on to shoot a 3-over par 74 to miss the cut by three strokes.