How Long Can You Use A Ball Before Losing Effectiveness? 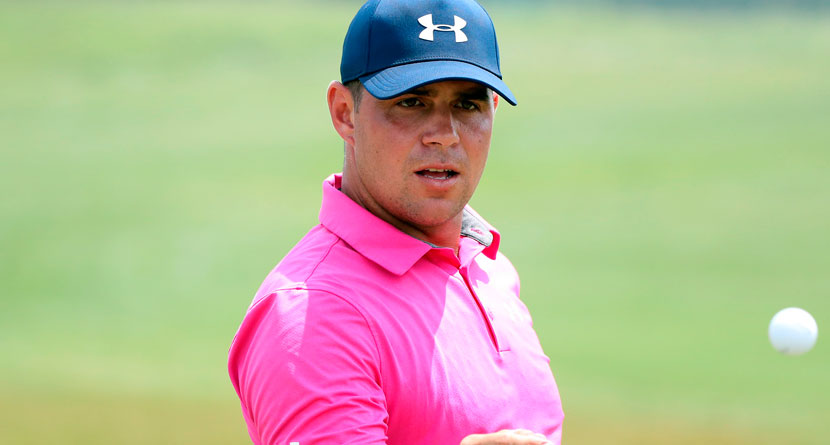 A couple of recent champions — U.S. Open winner Gary Woodland and PGA Tour Canada winner Alex Chiarella — did something most pros don’t even dream of doing: they kept golf balls in play even after minor imperfections came about during the course of play.

Woodland only changes out his golf ball after he makes bogeys, so he swapped balls out only four times during the U.S. Open; Chiarella recently played all 72 holes of his maiden Mackenzie Tour victory with the same golf ball.

“I only switch balls when I make bogeys, so I only took four balls out of play at the U.S. Open,” Woodland said. “So, I played with the same ball a lot, which was nice. But, the big deal is consistency and no surprises and I didn’t have any of those.”

Chiarella’s four rounds with the same ball is not something the average golfer can often replicate, but playing as many holes with the same ball is. Interested in what the burden of proof is for the modern golf ball, Golf.com’s equipment expert Jonathan Wall talked to a Titleist spokesperson about the performance of the No. 1 ball in golf.

“I looked at my buddy who I was staying with that night and said, ‘Man, I have some good mojo with this ball. Would it be weird to keep this going on the weekend?’” Chiarella said in an interview with PGATour.com. “He said, ‘No dude, tee it up tomorrow.’ There were a few scuffs on it, so I did it. I played with it on Saturday and then asked him the same question Saturday night, and he’s like, ‘Dude, there is no way you’re putting the ball out of the bag. Tee that thing up in the morning.’”

We’d consider it a win just to have the same golf ball to play with four rounds in a row. https://t.co/tMHzKYcFSE

“(We) have considerable communication with ‘regular’ golfers as well who will write us about the durability and performance of our golf balls with images of the golf ball having played over 120 consecutive holes with the same ball,” the Titleist rep said. “Our normal rule of thumb for regular golfers is as long as paint loss, a scuff or defacement of the golf ball is less than the size of a dime, it should be good to go.”

While the burden for the performance of a golf ball requires some serious road rash or tree trouble, there’s just something about a fresh-out-the-box golf ball when it’s sitting on a tee or on the green.

Now you have the answer to one of golf’s greatest mysteries — one bad shot does not an unusable golf ball make.