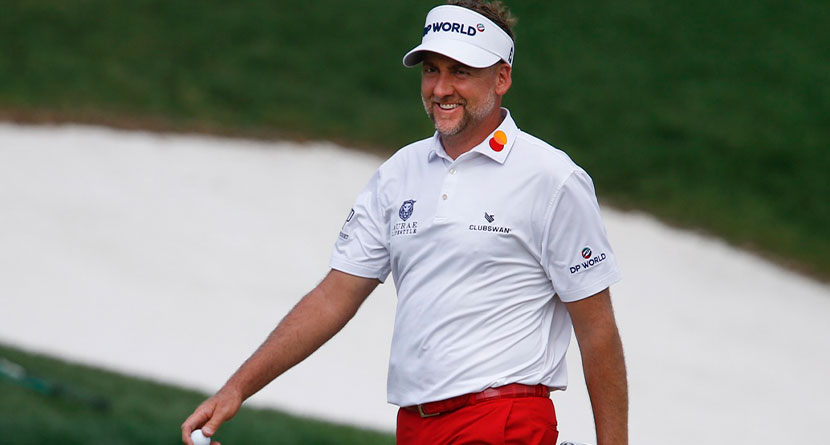 Occasionally during a PGA Tour broadcast, golfers at home will feel a certain kinship with the best players in the world, whether it’s a bad break that the pros get or a poor shot that makes its way onto the broadcast.

Ian Poulter added another relatable behavior on Sunday morning during the final round of the Travelers Championship.

Teeing off early alongside Greg Chalmers thanks to a pair of mediocre third rounds, the PGA Tour Live broadcast caught up with the players started their final rounds with Poulter strategically standing near an on-course microphone as Chalmers hit his tee shot.

Right after impact, there was an unmistakable sound that must have caught the PGA Tour Live commentators by surprise because they went radio silent.

Koepka was right. You really can hear everything. pic.twitter.com/yCbx3wGr99

The PGA Tour’s less buttoned-up outlet, Skratch, was able to isolate the ambient sound post-windbreaker to identify Poulter as the culprit.

“Did you get that?” Poulter asked.

“Stay over there,” Chalmers immediately responded before adding, “Was it supposed to be more silent than that?”

Who among us hasn’t been there early in the morning with an uneasy tummy due to a breakfast burrito or the aftereffects of a night out still rumbling away?

Poulter and Chalmers had fun with it post-round as well.

3 club wind this morning on the first tee. Always beware of the live 🎙 https://t.co/tzFGtf2mSS

The best bit everyone thinks it was you 🤣