Poulter Gets Tour Card Back Via Error 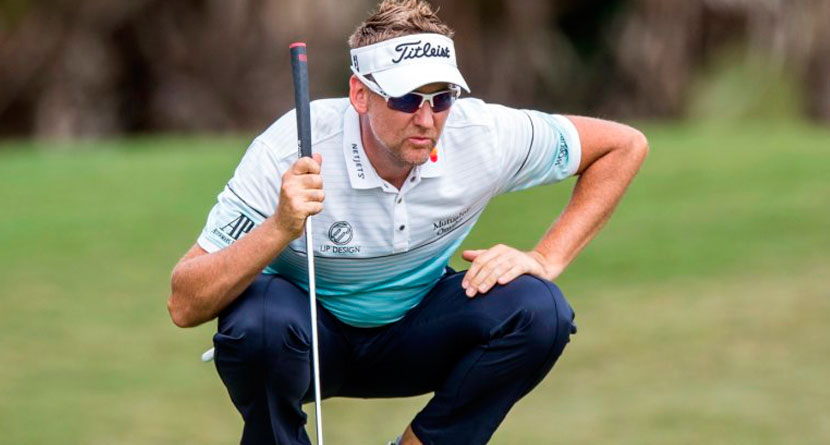 Ian Poulter isn’t a charity case, and he doesn’t expect you to think of him as such. However, the professional turmoil the 41-year-old European Ryder Cup hero has gone through in the past year and a half following a foot injury and subsequent major medical extension on the PGA Tour has to have been trying on even the most financially comfortable golf pro.

Poulter was under the impression that he had failed to recover his Tour card after a missed cut at the Valero Texas Open and his extension had run out, but it turns out there was a clerical error that made his experience all for naught.

Alan Shipnuck at The Knockdown had the exclusive story of how fellow PGA Tour pro Brian Gay figured out that Poulter had already locked up his card.

Turns out the months-long melodrama of Ian Poulter’s unsuccessful attempt to hang onto his PGA Tour card was all for naught: Poulter is now fully exempt for the remainder of the season, all thanks to Brian Gay’s balky thumb and a rare bit of common sense by Tour bureaucrats. Gay gave the Knockdown an exclusive peek at how the story played out over the last two days.

Some great news.. A slight oversight in calculating the 2016-2017 points means I did actually earn enough points to keep my @PGATOUR card. pic.twitter.com/tyQQDpPsVu

Kimberly you and @BrianGayPGA I will see you both at TPC and will deliver something very nice. Thanks for uncovering the oversight. Wow https://t.co/pP8UzvTk8K

Thanks for the support with getting my card back. And please give @BrianGayPGA some love for uncovering it. #LoveBrian❤️

Gay is a four-time Tour winner who in recent years has suffered a run of bad health. In late 2014 he had surgery to implant an artificial disk in his neck and then in May 2015 another procedure to clean out bone spurs and arthritis in his left thumb. In January 2016 he was granted a major medical extension and given 27 starts to earn either $747,899 (what was 125th on the 2014-15 money list) or 464 FedEx Cup points (125th in ’14-15) to reclaim his full playing privileges. At last week’s Texas Open, Gay tied for sixth, banking $200,725 (and 89 FedEx points) to push his earnings on the extension to more than $917,000. He was thrilled to have full status back and began thinking about filling out his schedule for the rest of 2017. But then a curious email arrived from the Tour, informing Gay that he still needed 28 FedEx Cup points to qualify for the Players, which was pegged to his fulfilling his medical exemption. The Tour’s flagship event no longer uses money as a qualifying criteria, only FedEx Cup points. (Dollars and FedEx Cup points are not explicitly linked, but they are closely correlated.) How could Gay have earned way more money than he needed but still be short on points?

Gay began digging into his FedEx Cup totals for his 2016-17 finishes and only then noticed a lightly publicized change to this season’s points breakdown. The Tour has restructured the distribution, giving fewer points to finishes below 14th. For instance, a 20th-place finish last season was worth 51 points, but this season it brings only 45; 30th place has been devalued from 41 points to 28. Major medicals extensions are not pegged to a specific season; indeed, Gay had accrued his $917,000 across the 2015-16 and 2016-17 seasons. But thanks to the Tour’s new math, his finishes this season were worth fewer points.

“You can’t change the formula in the middle of a major medical,” Gay says. “That’s just not fair. They were essentially taking points away from me.”

He immediately called Andy Pazder, the Tour’s chief operating officer, to plead his case. Pazder promised to take Gay’s issue “straight to the top.” Indeed, he conferred with the Tour’s four elected player directors and commissioner Jay Monahan, and they unanimously agreed that this season’s points should be allocated using last season’s formula. Gay got the news on Friday evening that the points he was awarded retroactively were enough to qualify him for the Players. Then another thought occurred to him: “Holy s—! I just got Ian Poulter his Tour card.”

In Poulter’s slog to regain his playing privileges, he had been focused only on the money he needed. When he missed the cut in San Antonio, he believed he would be resigned to playing primarily on sponsor’s exemptions, making it difficult to plan a schedule. But when he retroactively received the bumped-up FedEx totals for this season, he had enough points to fulfill his medical extension. Gay’s persistence had saved Poulter’s job.