Why Was Ian Poulter Running To Finish At The Players Championship? 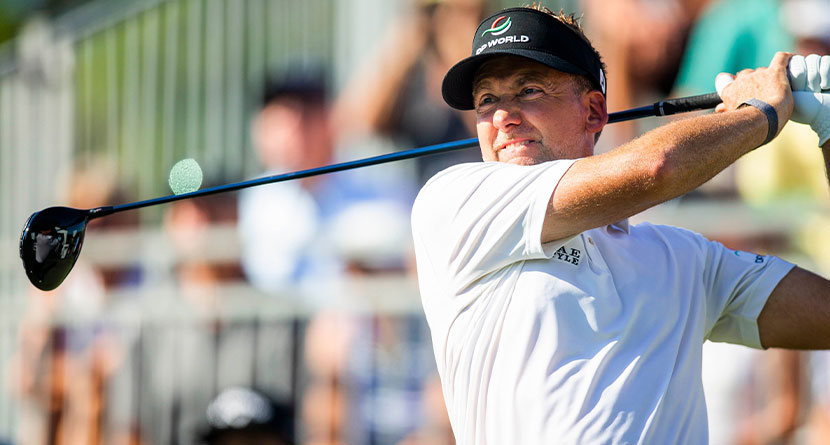 Interested golf fans may have been a bit confused last night when they tuned into the Players Championship and saw the morning wave of golfers still on the course and marquee names like Rory McIlroy, Collin Morikawa and Justin Thomas teeing off around 6 p.m. EST.

If that wasn’t a head-scratcher, watching Ian Poulter literally break into a jog after hitting it close on the famous island green 17th green certainly was. What was he doing? Why was he running? What was the point?

Poulter, who played alongside Pat Perez and Jhonattan Vegas, teed off at 9:35 a.m., but after a 4-hour weather delay, the group was fighting daylight — and an early-morning wake-up call.

Speed golf. 🏃@IanJamesPoulter with the fastest birdie you’ll see on 17.

He’s racing the sunlight and wants to finish. pic.twitter.com/gWvFohgEJs

“That was great,” Perez said afterward. “Now I get to do nothing tomorrow.”

Where does The Players Championship stand?

Only three players from Thursday’s morning wave failed to complete their first round on Thursday, while 12 players from the afternoon wave didn’t even begin their rounds. Play resumed from TPC Sawgrass on Friday morning at 7:15 a.m. EST.

Summary of weather and delays/suspensions for the first round of THE PLAYERS Championship pic.twitter.com/fdQGTnVBU4

With more weather expected to interrupt play, the Tour is already bracing for a Monday finish. Thunderstorms are expected to roll into northern Florida mid-morning and drop significant rainfall on an already-saturated course through most of the afternoon before a break in the evening.

The weekend’s forecast looks drier albeit much cooler. The storms are expected to move out of the area by midday Saturday, leaving behind some strong winds and temperatures dropping with highs in the 50s°F.