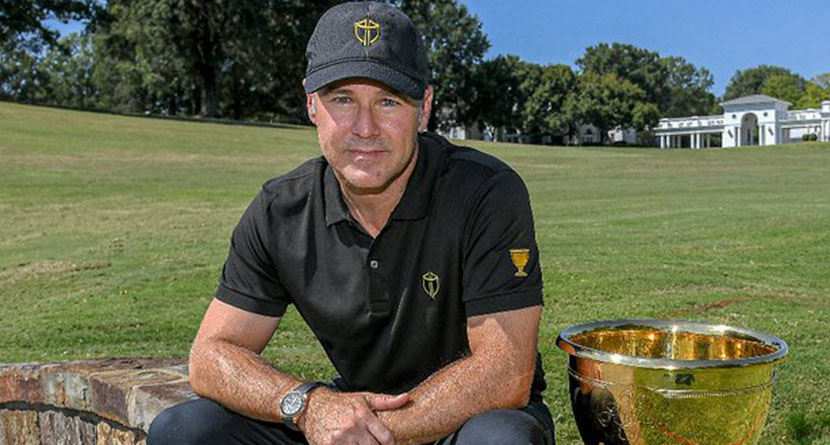 The task of beating the Americans, who have lost only one time since the Presidents Cup began in 1994, doesn’t figure to be any easier.

Immelman doesn’t have a 12-man team he would have expected for the Sept. 22-25 matches at Quail Hollow Club in Charlotte, North Carolina. Five players from the 2019 squad that nearly beat the Americans at Royal Melbourne are now with LIV Golf and no longer eligible.

The most recent batch included British Open champion Cameron Smith — the No. 2 player in the world — and Joaquin Niemann.

But he has players who want to be there, and that’s enough for him.

Immelman originally had four picks until so much uncertainty arose about who was joining Greg Norman’s rival league. The only pick with Presidents Cup experience was Si Woo Kim, who played on the 2017 team at Liberty National that lost so badly the matches were nearly clinched before the Sunday singles.

Pendrith joins former roommate Corey Conners — one of the six qualifiers — in giving Canada two spots on the International team for the first time.

Lee was the only pick from inside the top 50 in the world. Immelman chose not to take Ryan Fox of New Zealand, who is No. 47 in the world and plays on the European tour.

The other qualifiers were Hideki Matsuyama of Japan, Adam Scott of Australia, Tom Kim and Sungjae Im of South Korea, and Mito Pereira of Chile.

Scott will be playing in his 10th Presidents Cup without ever having won. There was a tie in South Africa in 2003 when Scott made his debut. And there was a close call in Melbourne three years ago when the International team built an identity and some momentum under captain Ernie Els.

Now it’s a matter of whether that momentum can extend to U.S. soil amid so much disruption against a U.S. team that is getting deeper by the year. The Americans lost Dustin Johnson, Brooks Koepka and Bryson DeChambeau to the rival league, though none was among the leading qualifiers when they left.

The six qualifiers are Masters champion Scottie Scheffler, the No. 1 player in the world, Patrick Cantlay, Xander Schauffele, Sam Burns, PGA champion Justin Thomas and Tony Finau. All are among the top 15 in the world.

Matsuyama at No. 16 in the highest-ranked player for the International team.

“Yeah, I don’t really think I have to play the underdog role up,” Immelman said. “I think everybody knows it. Everybody sees it clear as day. Our team has had a lot of adversity thrown at us over the last year or so.”