Inside the Course Changes at Quail Hollow 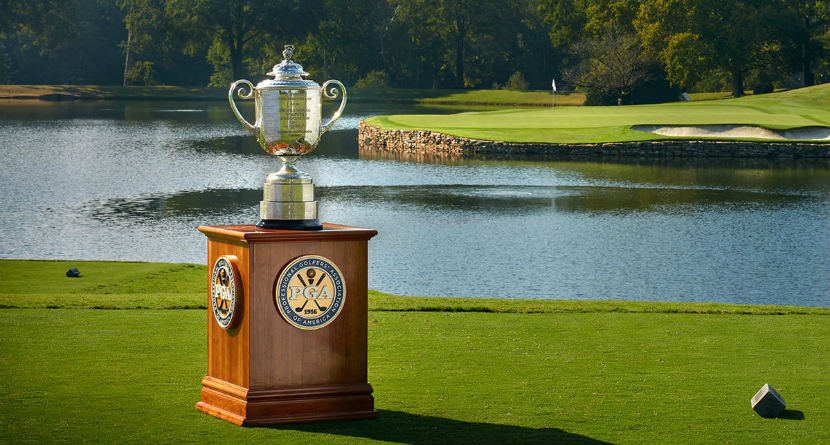 The 99th PGA Championship gets underway at the usually-familiar Quail Hollow Club in Charlotte, North Carolina on Thursday. However, this week players will be tested with a new challenge.

The home of one of the toughest finishing stretches in golf affectionately called “The Green Mile” has been a regular stop on the PGA Tour hosting the Wells Fargo Championship (formally known as the Wachovia Championship) since 2003. However, the day after the final putt dropped at last year’s event, bulldozers moved in and renovations for the following year’s final major began.

Here’s a look at the changes the field will have to negotiate on their quest to claim the Wanamaker Trophy.

Tom Fazio and his team made some significant changes to the golf course, which includes 4 new or totally redone holes — three on the front and one on the back side.

The original first and second holes were merged into one hole to form a beast of a dogleg right to start the course. It has the potential to be one of the toughest opening holes not just in major championship history, but in all of golf (note: the members’ play the hole as a par-5, but it will play as a par-4 for the pros). A new par-3 was built to replace the original par-3 second, which became part of the first hole. The land was carved out of the former par-5 fifth. The large undulating green is guarded by three bunkers. In previous years, this was a par-5. Not anymore. Since some of the land was used to build the new par-3 fourth, the hole was shortened a bit and now plays as a  449-yard slight dogleg right. The original par-4 11th hole was lengthened by nearly 40 yards by pushing the green back. The newly designed putting surface is elevated and features two deep bunkers.

Additionally, a large oak tree that used to guard the corner on the left side of the fairway was been replaced by two more penal bunkers. If players want to take them on, they’ll need to carry it 300-plus yards. For those Quail Hollow purists, here is some solace: The Green Mile remains in tact. Traditionally it is one of the toughest closing three-hole stretches on Tour. 16 is a massive 506 yard par-4, followed by a 223-yard par-3 surrounded by water, and then 18 is your run-of-the-mill 494-yard uphill par-4.

Factor in major pressure, and we’ll be sure to see scores that could range from 2 to 8 on the closing stretch. Whoever gets out of The Green Mile on Sunday afternoon unscathed has a good chance at winning the title.

All putting surfaces were redone using a new type of grass called Champion Ultradwarf Bermudagrass, which should be pristine.

Expect fewer trees than in recent years. While many of them were removed to allow more sunlight to hit the greens, some were also taken out to reshape the golf course and provide different sight lines than in the past.

At the end of the day, the scorecard for Quail Hollow’s first major reads as a 7,600-yard par-71. Factor in the rain that the weather forecasters are calling for on an already wet golf course and chances are it will play to its true yardage.