Inside The Sordid World Of Tiger’s Mistress’ NDA 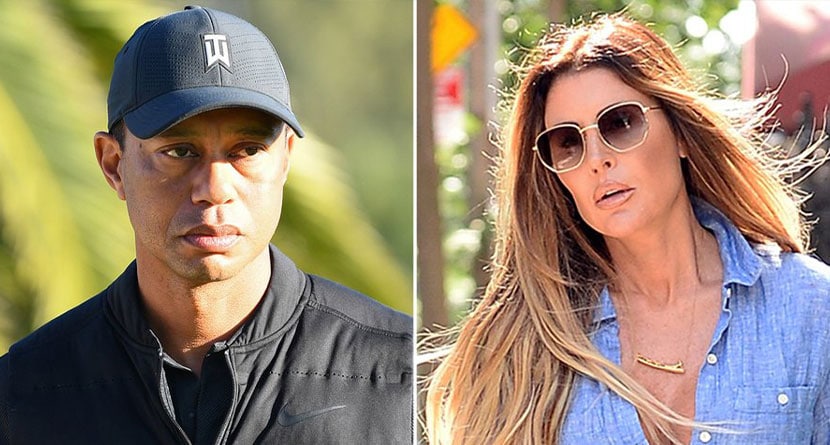 Even 12 years later, Tiger Woods’ extramarital affairs are still front-page news in some of the biggest media organizations on the planet.

In an extensive tell-all profile, Woods’ most prominent mistress, Rachel Uchitel, told The New York Times that she was done abiding by the non-disclosure agreement she had signed in the aftermath of her affair with Woods.

The NDA was signed shortly after Woods affairs came to light and Uchitel was being bashed publicly.

“By now, I was pissed,” Uchitel told the NYT of her mind state as more women came forward. “And I was tired of lying for him as he and his lawyer and agent left me out to dry. This is someone who everyone wants to be a hero and anyone who crosses that narrative will be shamed.”

Under the instruction of famed Hollywood lawyer Gloria Allred, Uchitel planned to hold a news conference to tell her side of things. As soon as Woods’ camp caught wind of it, they offered her $200,000 to cancel, and to seize her phone and emails, according to the NYT.

That kicked off the NDA talks, but not before Woods reached out to Uchitel for the final time and told her to “get what you can.” Uchitel told her lawyers to attempt to get $10 million, but it was eventually negotiated down to $8 million — $5 million upfront and $1 million/year for three years subsequently.

Days after the revelation of her affair with Tiger Woods in 2009, Rachel Uchitel signed an NDA more than 30 pages long. Now, Uchitel — tired of not being able to defend herself against tabloids and gossip websites — is ready to blow it all up. https://t.co/O3y7Vx6Q7H

Under the 30-page NDA, Uchitel was prohibited from discussing “directly or indirectly, verbally or otherwise” Woods’ “lifestyle, proclivities, customs, private conduct, fitness, habits, sexual matters, familial matters,” among other topics, with anyone, “including but not limited to, family members, relatives, acquaintances, friends, associates, co-workers, journalists.” She also was not allowed to reveal she had signed an NDA.

However, things went poorly for Uchitel almost immediately. Of the $8 million she was supposed to receive, she netted $2 million after lawyer fees and taxes and the first of three $1 million payments from Woods’ team never came.

Unable to find work aside from her tarnished that relating to her “tarnished reputation,” bills began to pile up for Uchitel and a $400,000 agreement to go on Dr. Drew Pinsky’s “Celebrity Rehab” signaled trouble despite her not responding to questions about Woods.

Woods’ lawyers called Uchitel into arbitration, a confidential process through which parties can resolve disputes out of court, attempting to recoup the $5 million upfront payment as well as nullify the $3 million in subsequent payments.

Uchitel’s lawyers urged mediation — which Uchitel signed — with their view being this was the best bet to hold on to the $5 million, giving up the additional $3 million. However, a final piece of the agreement rubbed Uchitel the wrong way: her lawyers were still to be paid $600,000 to negotiate out the additional $3 million in payments, or put another way, their fee on the $3 million was still being paid, but Uchitel got nothing.

Netting only $2 million from the original NDA agreement and unable to find consistent work due to her reputation, Uchitel agreed to do an interview for the HBO Documentary, “Tiger,” and then filed for Chapter 7 bankruptcy and was granted protection from creditors early this year.

Woods lawyers, clearly not pleased with Uchitel’s recent revelations, have attempted to once again recoup the $5 million paid under the NDA despite her bankruptcy protections.

On Aug. 10, Woods’ lawyers admitted in Manhattan court that they can’t do anything about what was said in the past, but they would like to put a cap on what Uchitel can say going forward.

However, as a result of Uchitel’s “discharge” in her Chapter 7 bankruptcy case, previous alleged violations of the NDA can’t be pursued legally. Woods’ lawyers asked the judge on Tuesday to reopen her bankruptcy case so the golfer can potentially get money if Uchitel violates the agreement in the future.

Judge James Garrity Jr. said he would rule at a hearing on Aug. 18.