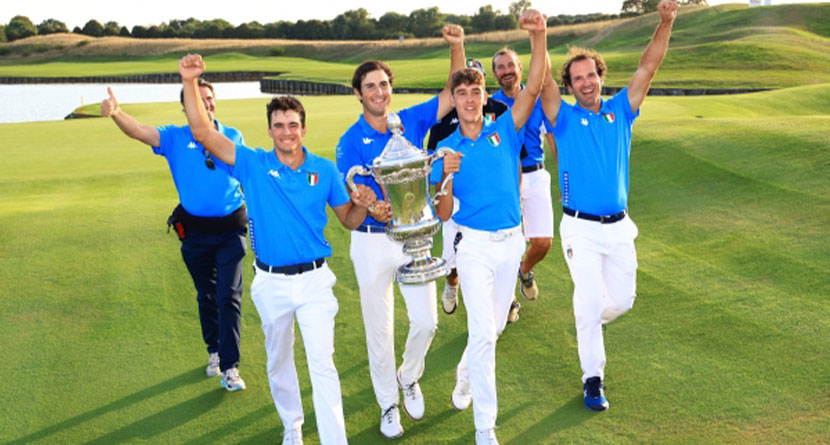 PARIS (AP) — Marco Florioli had a 6-under 65 and Pietro Bovari added a 68 to lead Italy to a one-shot victory over Sweden and its first gold medal in the World Amateur Team Championship.

Italy finished at 31-under 541 in the format in which the top two scores from each four-man team count. Sweden won the silver medal, while the United States finished four behind and won the bronze.

Florioli was the first player out for Italy and the 17-year-old played bogey-free at Le Golf National. He chipped in for birdie on the 14th and closed with four pars on the tough finishing stretch.

Bovari, who plays at Virginia, holed a 70-foot eagle putt on the par-5 14th. Italy didn’t need the 70 from Filippo Celli, the low amateur in the British Open at St. Andrews.