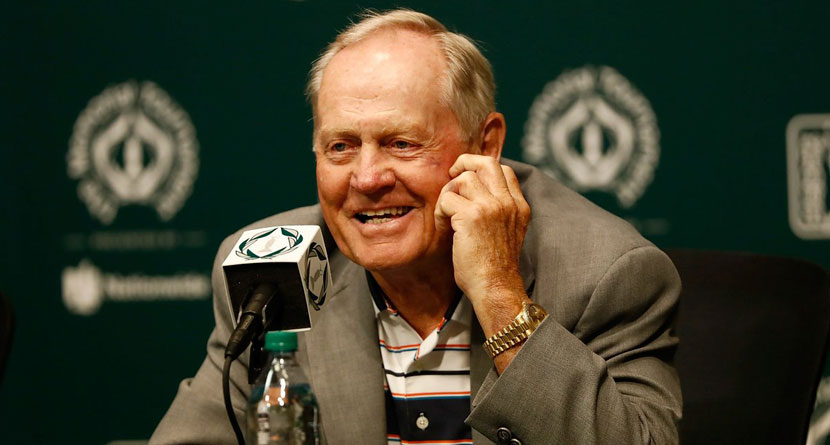 Jack Nicklaus took to the podium ahead of the Memorial Tournament this week covering a wide range of topics that spanned from Tiger Woods’ arrest to changes in the PGA Tour schedule.

As has become tradition, the 18-time major champion held court with aplomb, mixing humor with thoughtful critiques, but the most controversial portion of the meeting with the press was Nicklaus’ response to a question about Rory McIlroy’s withdrawal from the event. McIlroy, who is dealing with lingering effects of a fractured rib, committed to the tournament before pulling out late last week.

When asked about Rory’s backing out, Nicklaus took a swipe at many of today’s players. An Associated Press report relayed Jack’s message.

Jack Nicklaus said McIlroy texted him to explain what was going on.

But a question about McIlroy led Nicklaus to lament how easy it is for players to withdraw from tournaments, especially as he considered his era with Arnold Palmer and Gary Player.

He said he shared his concerns with PGA Tour Commissioner Jay Monahan.

He put his forefinger to his thumb to signal zero.

“Never entered if I wasn’t going to play,” Nicklaus said.

“I think that entourage helps make that decision for the player, telling them, ‘We think physically this is probably not right for you to play.’ And that’s what their job is,” Nicklaus said.