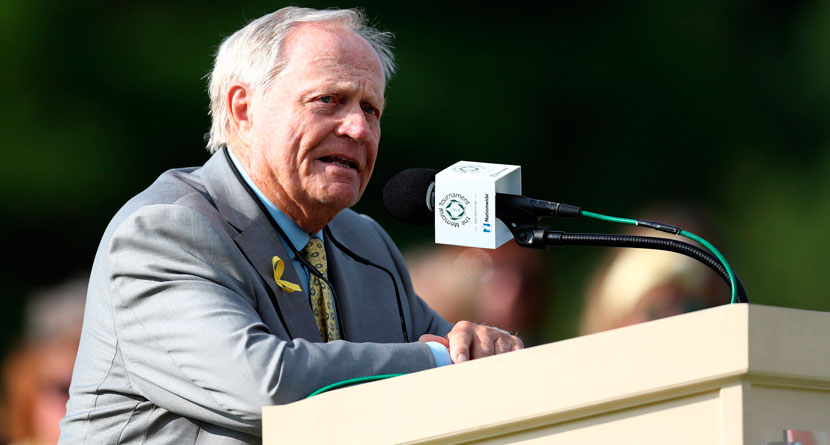 The man who elevated major championships to their current status is now warning the PGA Tour that the emphasis placed upon those four big tournaments each year could result in the cannibalization of the rest of the schedule.

Jack Nicklaus, speaking to BBC Radio 5 Live, said that the condensed schedule, which debuted in 2019, could continue to negatively impact the rank-and-file PGA Tour events that sustain the Tour on a yearly basis.

“I don’t like the new major schedule, from the standpoint that if you have an injury, or if you’re struggling with one tournament, all of a sudden the other one follows too closely, to get it back,” Nicklaus said. “I’m not sure that that’s really a good thing for the game of golf, to have all your tournaments in about 3 1/2 months. And I don’t think it’s good for the other tournaments on the Tour.

“The guys have got to skip a lot of tournaments — you saw that this year — guys weren’t playing in between majors, And I think that’s a shame for the Tour. I know that the all-mighty dollar is important, but I don’t think it’s so important that you really lose out on the tradition of the great tournaments that have been played for years and years and years.”

While Nicklaus certainly has a dog in the fight with his Memorial Tournament, the elevated status of his event keeps the big names turning up in Dublin, Ohio each year as a U.S. Open warm-up.

Nicklaus’ comments seem to complement those of Rory McIlroy and Justin Rose who have both openly questioned the compacted nature of golf’s majors. Rose argued that peaking for the majors requires a certain amount of time to attain while McIlroy’s point centered around fan interest.

“As a professional in terms of trying to peak for something, the process that’s involved in trying to do that can be detailed and it can be longer than a month,” Rose said. “For me a major championship should be the things that are protected the most. That’s how all of our careers ultimately are going to be measured.

“If (the major championships) are spaced so closely together, will fans only care from the second week of April to the third week in July?” McIlroy said last week ahead of the Omega European Masters in Switzerland. “I’d like to see them spaced out like tennis does with the Australian Open in January and the US Open going on now, they’ve a nice nine-month window of relevancy.”

Finding the right mix to get the biggest events fit into the schedule and wrapped up before football season begins in the United States is still fluid, and with the Olympics taking place during the summer next year in Tokyo, another wrench was thrown into the system. The Open Championship and Olympic tournament will be two weeks apart with the FedEx Cup Playoffs beginning just days later.