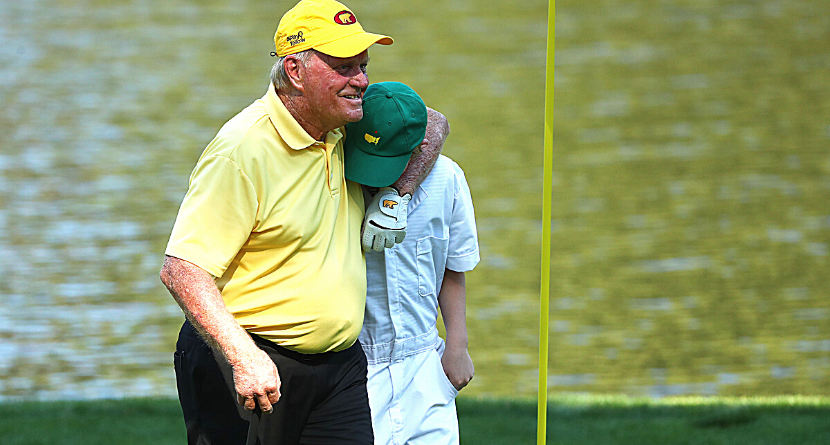 Jack Nicklaus owns six green jackets, but his most cherished memory of Augusta National Golf Club has nothing to do with his own performance. It was 2018 and the Par-3 Contest patrons were packed around the 8th tee box when Nicklaus’ grandson, Gary Jr., found the funnel for an ace.

Overwhelmed with pride, Nicklaus needed a private moment to gather himself.

“I didn’t want to be disrespectful because six green jackets are pretty good,” Nicklaus said later. “But that’s about yourself. When something happens with your children or your grandchildren, that’s far more special to you. And so yesterday, I said, was the greatest day I’ve had at Augusta National.”

As it turns out, that fateful afternoon would be Nicklaus’ penultimate appearance in the family-friendly event. Golfweek reported Thursday that Nicklaus will no longer partake in the tradition that annually precedes “a tradition unlike any other,” officially closing the book on the playing career of the Masters’ most storied champion.

Now 82, Nicklaus recorded his one and only ace at Augusta when he was 75. His last appearance came in 2019 before the COVID-19 pandemic postponed the event the last two years. More often than not, one of his five children or 22 grandchildren donned a white jumpsuit and served as his caddie.

Nicklaus will continue to fulfill honorary starter duties alongside Gary Player and newcomer Tom Watson. But his participation in the Par-3 contest was always a chance to witness a little bit of the old Golden Bear magic, so this is a decision that stings a bit.