Nicklaus Says Memorial To Be Moved To Open Date 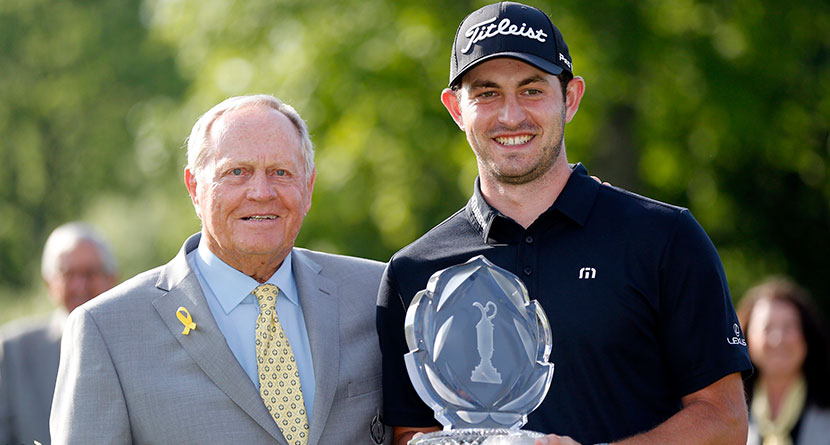 Jack Nicklaus revealed a more realistic future for his Memorial Tournament on Friday afternoon, which revealed more behind-the-scenes decisions being made by the PGA Tour.

With the Charles Schwab Challenge still slated to take place May 21-24 at Colonial Country Club in Forth Worth, Nicklaus all but guaranteed that event wouldn’t be taking place in its original spot on the schedule by revealing his Memorial Tournament, which is on the schedule two weeks later from June 4-7, is eyeing a move to the date vacated by the canceled Open Championship.

“I don’t think they’ve announced it yet; they’re looking probably at the British Open week,” Nicklaus said on the CBS Sports First Cut podcast. “The British Open canceled and they could move us back into that.

Jack Nicklaus thinks the Memorial will move from its spot in June to what would have been British Open week in July. https://t.co/nechnxibbs

The tournament shuffle is nothing new in these uncertain times, and already reports are surfacing that a musical chairs of dates could coincide with decisions about playing the first few events on a restarted schedule with no fans.

According to a report from Joel Beall and Brian Wacker of GolfDigest.com, open dates vacated by canceled and rescheduled events could see the Colonial even move back four weeks into a weekend date to be vacated by the RBC Canadian Open, which isn’t expected to take place.

The Rocket Mortgage Classic, which is still officially slated for a May 28-31 date, would assume the vacated U.S. Open date, June 18-21, and the Travelers Championship in Hartford, CT would be the first event to be played on its original scheduled date, June 25-28.

As with everything, the situation is fluid, and the Tour vowed in its memo to players last week to give them ample notice to begin practicing.

“At a minimum, it is our hope to give the membership at least three to four weeks’ notice before restarting the season,” the memo said. “We understand many of you may be impacted by travel restrictions and/or the inability to practice in your area, thus we want to be able to give you as much time as possible to allow you to come back fully prepared.”