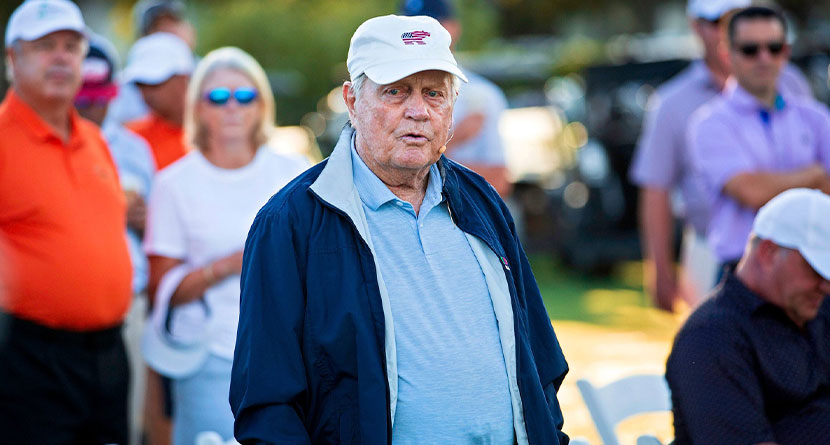 The 18-time major winner and golf legend was recently sued by the Jack Nicklaus Companies on May 13th for “repeated acts in bad faith against the best interests of the Company, including acts to intentionally and maliciously undermine the company,” as well as tortious interference and breach of fiduciary duty.

The object of the suit was the $145 million payment Nicklaus received from the Nicklaus Companies in 2007 in order to provide exclusive golf course design services and marketing, which the Companies alleged that the Hall of Fame golfer had failed to provide.

Nicklaus, the golfer, did this on three separate occasions, according to the suit: accepting payment to promote a DP World Tour event in Belgium, the 2022 Soudal Open; aiding the development of a video game produced with The Masters Tournament and the PGA Tour; and negotiating with the PIF Saudi Investment Fund regarding the LIV Golf series.

An Update From Nicklaus Companies: https://t.co/iyrf284tEy

Nicklaus, the graduate of the Ohio State University, stated in a news story posted to the DP World Tour’s website this year that he appreciated the “growth in the quality of professional golfers that Belgium has produced” and that he was “sure the Soudal Open will only add to the golf landscape in Belgium.”

The tournament had extended an invitation to the Jack Grout-taught birdie shooter to be the tournament’s host.

Yet the real intrigue of the lawsuit was the allegations regarding LIV Golf.

In May Nicklaus, the player, said that he had been approached by the professional golf startup and offered $100 million to endorse the new league, but had turned it down despite taking the meeting as a “courtesy.”

But Nicklaus, the corporation, said that any negotiations with the Saudis “could have resulted in negative publicity, especially given Mr. Nicklaus’s widespread recognition as one of the three founders of the modern PGA Tour.”

During an interview at the Memorial Tournament this past May dismissing those concerns, the Golden Bear said, “I helped found the PGA Tour as it is today” and that his “allegiance is there and it’s going to stay there.”

In the recent ruling, the New York state judge running the civil trial between the two Jacks formally issued an injunction restraining Mr. Nicklaus from using his name, image and likeness, publicity rights, and other intellectual property assets for commercial gain until this matter is resolved at a full trial.

However, the judge declined to issue a restraining order preventing Nicklaus, the ambling 82-year-old, from competing against his former company for golf course architecture and other business, accepting only commercial endorsements.

In a statement, the six-time Masters winner and four-time U.S. Open winner applauded the judge’s refusal to issue the injunction.

Nicklaus also said that while some might claim he “had nothing to prove,” he believed that he has “a lot left to give” when it comes to the game he began playing more than 70 years ago in his hometown of Columbus, Ohio.