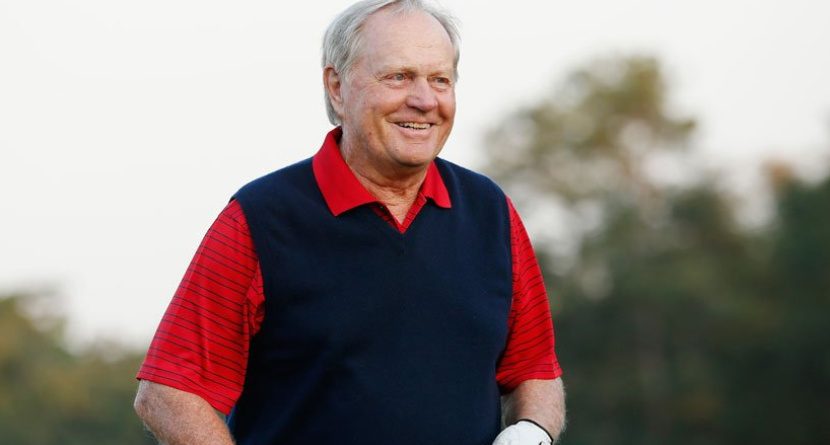 Jack Nicklaus knows a thing or two about the game of golf, so when he says the Ryder Cup is not all about winning, maybe we should listen.

According to a USA Today report, the Golden Bear shared his thoughts on how the biennial event has changed since his playing days during a recent interview at Creighton Farms Invitational. Newsflash: it’s different!

“To me the competition is incidental,” Nicklaus said. “Who wins bragging rights — and I know everyone wants to win — but that’s not the important thing. The important thing is the game of golf and people having good relations and goodwill.”

He continued, “There’s a lot of nice things about it, but I wish we wouldn’t make such a war out of it.”

When asked about the U.S. Task Force that was assembled in an effort to reclaim the cup, the 18-time major winner and two-time Ryder Cup captain was a bit critical.

“That’s part of the things that I think is a little overkill'” he said. “They liked it; that’s what they wanted. I certainly didn’t have my nose in the middle of it so I sort of stayed out of it. But they felt (the task force) was going to get them a little more together and more unified as a team and so forth. That’s OK. I’m 40 years removed from that team as far as a player, maybe my old folks ideas aren’t necessarily the right ones. Maybe their’s are the right ones. I don’t know. I just never thought you made that big a deal out of it.”

He also hopes people remember it’s only an exhibition.

“I enjoyed playing the Ryder Cup, but I couldn’t tell you who I played or who I lost to, what my record was or anything else, I have no clue. I can tell you what it is in the Masters or the U.S. Open, that’s sort of the way I looked at it.”

In case you’re wondering, Mr. Nicklaus believes the U.S. will emerge victorious this year. Just don’t plan on him streaking across the 18th green draped only in a USA flag.