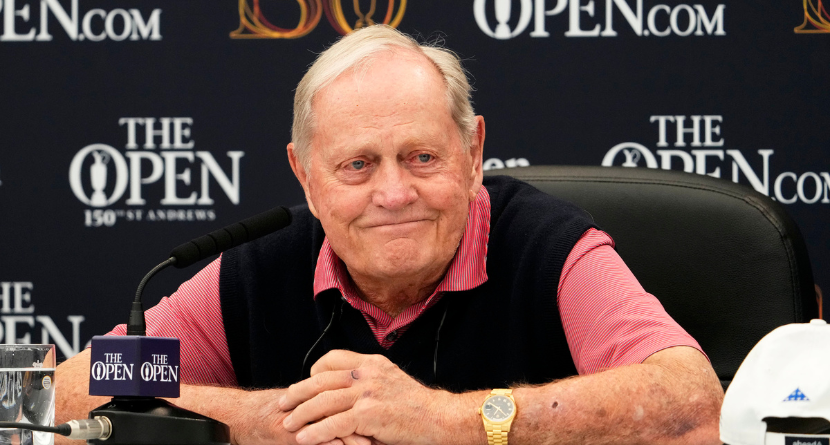 Jack Nicklaus never wanted to be the aging actor who keeps accepting bit parts or the singer with multiple farewell tours. His was a picture-perfect exit from the Old Course, a stroll and a wave from the Swilken Bridge destined to hang in offices and pro shops for decades to come.

That was back in 2005, when Nicklaus was gracefully embarking on the next, non-playing phase of his remarkable career at the major championships. And for the next 17 years, he was true to his word.

But on Monday, as he spoke from a podium at the 150th Open Championship, Nicklaus acknowledged that it took a truly special circumstance to bring him back to St. Andrews: honorary citizenship in the home of golf.

“I played at St Andrews, because it made my farewell in 2005, and I didn’t want to come back and dilute that for what it was. It was fantastic then,” Nicklaus said. “But when I got the invitation this time to be an honorary citizen of St. Andrews and to follow Bobby Jones and Benjamin Franklin, I’ve got to come back. So to be back is fantastic.”

Nicklaus, 82, is one of five players to win at the Old Course twice. His first win at the venue came in 1970, when he outlasted Doug Sanders in an 18-hole playoff. But he got his first taste when the Old Course hosted the Open in 1964. Nicklaus was the runner-up.

“When I stepped on it in ’64, all of a sudden to step out of the clubhouse, step here, look at the first tee, look at what was there, see the town, see everything, I fell in love with it immediately,” Nicklaus said. “And I’ve had a love affair with it ever since.”

The 18-time major champion will be feted at a ceremony Tuesday, at which point he will officially become only the third American — behind Franklin and Jones — honored as an adopted son of the Scottish town where the game’s history lives and breathes.

“I could take out of my life everything except my experiences at St. Andrews, and I would still have had a rich and full life,” Nicklaus said.