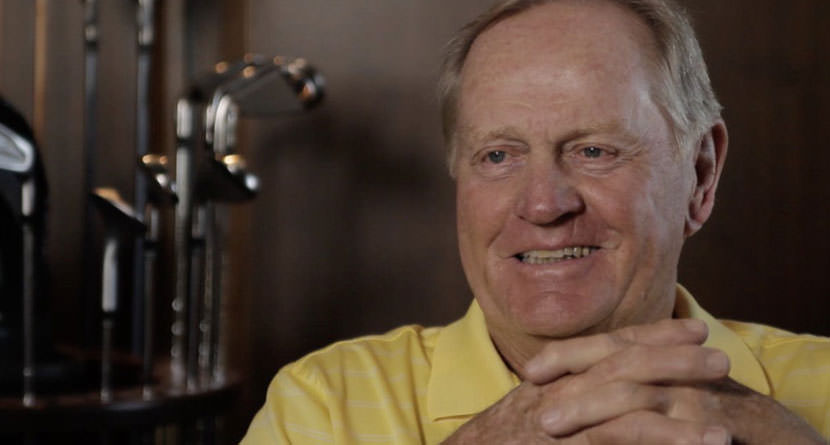 The golf ball debate has bubbled under the collective golf industry surface for a few years now, but with the recent comments produced by some of the game’s biggest movers and shakers, the conversation has risen to the surface.

When Jack Nicklaus speaks it is worth looking at https://t.co/5bjjCOpNHV

While Tiger Woods and Dustin Johnson were two of the biggest names to add their support for a rolled back golf ball in recent weeks, Jack Nicklaus — who has been a longtime proponent of limiting the ball — debuted an alternative suggestion at the opening of his design, The Legend Course in West Palm Beach, Florida, last week.

Speaking with The A Position, Nicklaus floated the idea of “rating” golf courses differently.

“Augusta National is the only course that’s up to date,’’ said Nicklaus, who has won a record six Masters at Augusta National Golf Club. “It’s the only one that’s had enough money to do it. They even went out and bought a couple of highways so they could do it.

“They just bought Berckmans Road so they could lengthen the second and fifth holes at Augusta. How many clubs can do that?’’

The answer, of course, is not many. But that’s assuming that many golf courses in the U.S., actually are in danger of being outdated by today’s golf ball technology. It’s not likely The Legend Course at Ibis, or any other course played by average players, is being obsoleted by technology – club or ball – but Nicklaus firmly believes that the golf ball is at the root of golf’s triad of perceived problems: Takes too much time to play; too expensive; and too difficult.

His remedy to each?

“We ought to rate golf courses,’’ Nicklaus said. “Rather than going back and spending millions of dollars changing golf courses, golf courses should be 100 percent, 90 percent, 80 percent or 70 percent.’’

If golf’s ruling bodies (primarily the U.S. Golf Association) don’t want to roll back the golf ball, he said, “they need to go to all the golf associations and say ‘This is our criteria to rate your golf courses.’’’

A golf ball would be rated to fit the corresponding course and could be a way to save some older, shorter courses.

“Take an old course that 5,800 yards. That doesn’t challenge anybody. But if you made that a 70 percent golf course and have a 70 percent ball for it, it would play just difficult from the back tees. If you want to play an 80 or 100 percent ball, go play it. All you’re doing is making the course play shorter and faster.’’

Nicklaus concluded that he doesn’t know what golf’s ruling bodies will end up doing. But he couldn’t resist taking a swipe at their slowness to action as it relates to the golf ball.

“They will,’’ Nicklaus said with a wry smile, “have to go study it for another 20 years.’’