Jack Nicklaus: Tiger Is A “Puzzle” 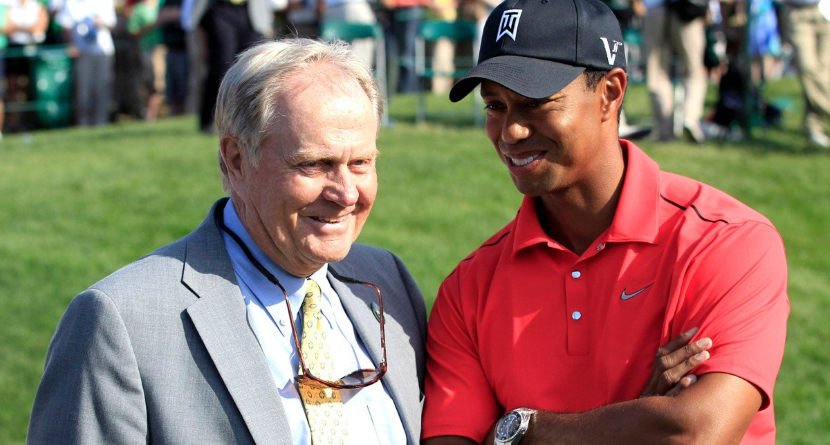 Jack Nicklaus popped by the NBC booth on Sunday during the final round of the Honda Classic as he usually does since you know, he redesigned the course and is arguably the greatest player of all time. And like clockwork, he was asked his opinion on the state of Tiger Woods. It doesn’t happen too often, but Jack seemed mortal for an instant as he was just as confused and frankly sad as the next guy.

“And now, I don’t know about Tiger,” Nicklaus said. “That is the biggest puzzle to me that I know. I just don’t know where he is and where his mind is. I don’t know.”

“I’ve seen Tiger a little bit in the last several months, but he looked great. Physically, he looks fantastic,” the 18-time winner continued. “Then he goes and plays and he either physically can’t make it – maybe mentally and physically they work together. I don’t really know. I’m not sure if he knows. It’s sad to me because he’s such a great talent. He’s a good kid. He’s got so much ability. I’m sad to see it happen to him. I hope he gets it corrected.”

Even Jack Doesn’t Know What To Think About Tiger At This Point https://t.co/ZMjrgoFYty pic.twitter.com/QXTjyil50V

When asked about Tiger missing the presser at Riviera where his doctors told him to “stay horizontal,” Nicklaus responded, “I think he’s absolutely right. You’re going to ask him the same exact questions; it’ll be the same exact answers that he had before. And I think from his standpoint, he’d be tired of answering them.”

Lots of unanswered questions remain, including if he will play the Masters which is just a few weeks away. Chances are he’ll have to get verticle first before making any decisions.