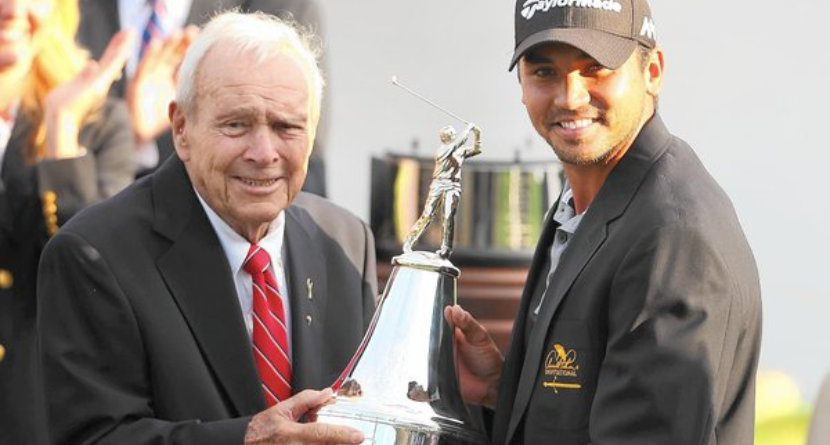 Everyone has an Arnold Palmer story, but if you win his tournament, chances are your story is going to be infinitely cooler. Take current world No.  2 Jason Day for example. The defending champion was in the media center on Wednesday at the Arnold Palmer Invitational when he shared one of his favorite memories of The King.

As the story goes, last year after the trophy presentation and media obligations, Arnie invited Day and his agent, Bud Martin, to his living room for a celebratory drink; a strong celebratory drink.

“I felt like I was drinking a whole bottle of Ketel One, because that’s obviously his favorite thing,” Day said. “I was on the Golf Channel and felt absolutely hammered. I was sitting down and I’m dehydrated, I had a drink with him, and I’m going up there and I don’t know what I’m saying on the Golf Channel, but hopefully it turned out something decent.

“We had a special moment at his place and just winning this tournament because it’s such a big event for us.”

Speaking of Ketel One, Palmer’s favorite drink — besides half iced tea and half lemonade — was a Ketel One on the rocks with a lemon twist. In his honor, Ketel One will roll out a limited edition bottle that features Palmer’s face and reads “Dear Mr. Palmer, This one’s for you.”

“When he took that little sip of Ketel One, it was a moment he always looked forward to,” Nolet Spirits President and CEO Carl Nolet Jr. told Fortune. “That’s what he loved.”