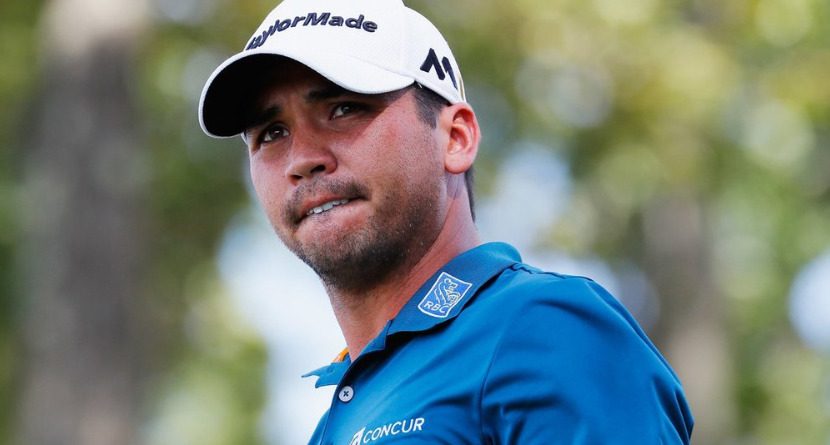 Jason Day’s health issues have been well documented throughout his ascent to world number one. For example, his bout with vertigo during the 2015 U.S. Open, or that time when he lost 11 pounds prior to the 2016 Masters due to flu-like symptoms.

However, my personal favorite is when he told the media prior to this year’s U.S. Open at Oakmont that he was battling the common cold.

Jason Day watched one hole of the Olympics. He was sick in bed with a stuffy nose for the other 71.

Day is coming off a 3-week rest at the Barclays this week, so it should be no surprise he feels fatigued.

After posting a first round 3-under 68 at 7,400+ yard Bethpage Black, according to Ben Everill at PGATour.com, Day told the media, “I’m a lot more tired than I expected. This is a pretty big walk.”

But Jason, we just told the our readers you just took a 3-week break to be fresh for the playoffs…

“But when you’re just practicing and going to the gym, you don’t really walk around a lot, and then you come back to a behemoth golf course in Bethpage – yeah I’m just a little bit tired,” Day insisted.

He continued, “Obviously if you’re tired, that can kind of creep into your mental game, as well. So I’m just trying to stay on top of it and make sure that I don’t make too many silly errors.”

Friday was another day filled with balmy northeast summer heat and humidity. Day birdied 5 of his first 7 holes, but made a costly bogey on 8 and and then a double on 9. He fought his way to a 1-under 70, good enough to be T5 heading into moving day.

“Yeah, just go grind it out,” said Day, according to Golf Digest. “There were a couple times today where it was hot and sticky and you’re just grinding it out. You’re just like, I don’t know if I can grind it out anymore. If you get past today, you’ll come out tomorrow, hopefully everything will be better. Get some good rest tonight and get into it tomorrow.”

Come on man. You are number 1 in the world. No excuses, play like a champion.