Day Talks Tiger’s Health, Expects Him To Play In 2017 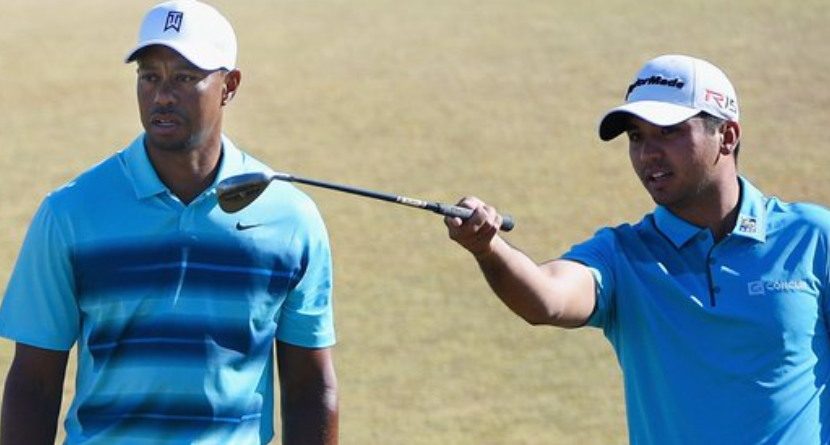 According to a reliable source, Tiger Woods will not return to competitive golf until at least 2017. That source just happens to be Jason Day, the current number one player in the world. Day and Woods have been “mates” for some time now and both are all too familiar with the injury bug. That said, we should probably take what he says with more than just a grain of salt.

In a recent interview with Golf Australia, Day shared his thoughts on the state of Tiger:

Day often texts Woods and has visited him in South Florida and says he is desperate to return.

“I think he misses being out here, which is understandable because the competition is so addicting,” Day said. “I never really had any faith in him coming back this year. The state of his game, I’m not sure. His back is so sore. I think we’ll see him sometime next year, but I’m not sure when.”

Day says the 14-times major winner will struggle now amidst the young talented players who have stepped in during his long absence.

“The game is so tight with how competitive it is and how hard it is to win,” Day said. “I don’t think winning is going to come as easily as it was for him back in the past.”

Woods has 79 PGA Tour wins but has not won on the PGA Tour in three years, since the 2013 WGC-Bridgestone Invitational.

“I think the hardest thing for him is just to try and get the rust out and really get back to game ready sharpness, which is obviously a difficult thing to do,” Day said. “Although we’re expecting big things, I don’t expect too much from him, even though he is Tiger Woods. I’m looking forward to seeing him play again, seeing what the state of his game is.”

Whether Day had Tiger’s blessing or not to speak publicly about his health, this seems to be the most realistic report in recent weeks, especially after the Safeway Open WD fiasco and seeing a few swings. Not only does it basically confirm he’s still got the competitive drive, it also is apparent he may have some lingering health issues.

UPDATE (10/20, 12:30 P.M. EST): These quotes from Jason Day originally appeared in a GolfDigest.com story released on Oct. 5 and were passed off by Golf Australia as their own on Oct. 18. Golf Australia has since pulled their story. Brian Wacker’s story — which contains Day’s original quotes — about Woods’ (lack of) presence in the Jupiter, Florida area can be read here.