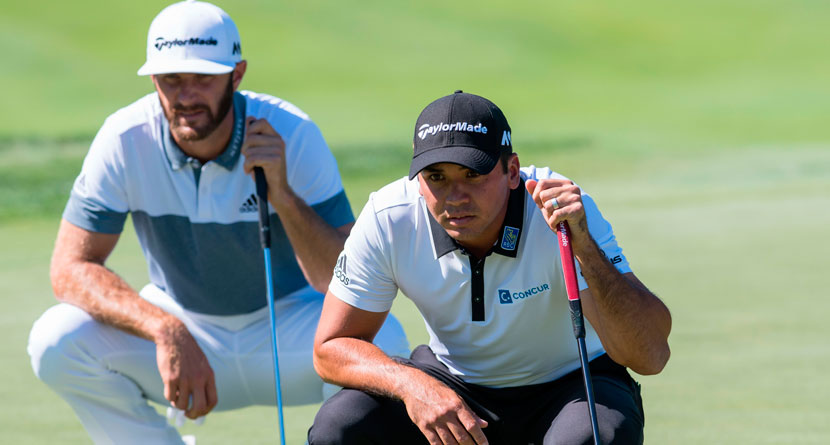 Fans of Dustin Johnson and Jason Day are going to see less of the two pros in the coming weeks after both have announced they will be missing time in the near future.

Johnson announced on Saturday that he would be skipping this week’s Hero World Challenge in the Bahamas in order to make sure his surgically repaired knee is ready to go for the Presidents Cup next week in Australia, while Day cited a back injury for pulling out of the biennial matches in his home country as well as this week’s Australian Open.

“After a lot of careful thought and consultation, I have decided that it is in my best interest if I withdraw from next week’s Hero World Challenge,” Johnson said in a statement. “While my recovery from knee surgery is complete, I feel another week of physical therapy and practice will best prepare me for the Presidents Cup.


“I have informed Captain Woods of my decision, which he fully supports and understands, and cannot wait to tee it up with him and my teammates next week in Australia.”

2/2…practice will best prepare me for the Presidents Cup. I have informed Captain Woods of my decision, which he fully supports and understands, and cannot wait to tee it up with him and my teammates next week in Australia.

Johnson was replaced in the 18-man field by Chez Reavie.

As for Day, the 32-year-old Aussie was prepping for a two-week jaunt back to his home country by working on his game in Palm Springs when he injured his back.

“I’m quite disappointed I won’t be coming home to play in either the Australian Open in Sydney or the Presidents Cup the following week in Melbourne,” Day said in his statement. “I was quite looking forward to both events.”

Big news to wake up to… Jason Day out of both the Aus Open & Pres Cup after an apparent back injury suffered while practicing in Palm Springs. This news will be another blow for Australian fans who yearn to see our big stars.

Day was a captain’s pick by International Team skipper Ernie Els. He has since been replaced by Korea’s Byeong-hun An.

The Presidents Cup will take place from December 12-15 at Royal Melbourne Golf Club.