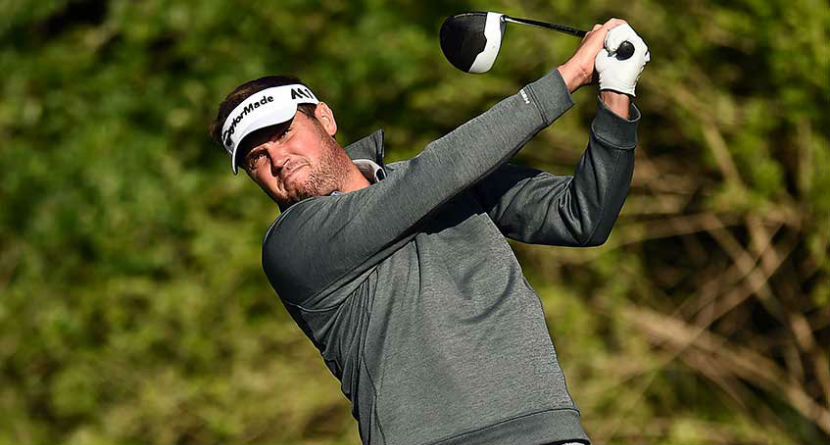 Health is something that should never be taken for granted. PGA Tour pro Jeff Overton found that out first hand recently when a recent procedure to repair a herniated disc in his back turned into a life-threatening spinal infection. After several scary months of treatment, it appears the former U.S. Ryder Cupper is finally on the road to recovery.

ESPN’s Jason Sobel has the report:

In a Facebook update by Christina Overton, which was also tweeted by the 34-year-old golfer, Jeff Overton was forced to undergo surgery after developing an infection, keeping him in a hospital for a month.

“After taking several months off of competitive golf due to a herniated disc,” she wrote, “Jeff underwent a minimally invasive procedure in hopes of improving the area. Through the procedure, he acquired a life-threatening infection in his spine, forcing him to have an emergency surgery.

Sharing with all of you how grateful I am for @JeffOvertonPGA and why today is so special for me. Happy Birthday! pic.twitter.com/V5SVwqXHKG

“After a month in the hospital and acute rehab center, many nights of excruciating pain and uncertainty, two months of IV antibiotics and home health care, we are finally seeing light at the end of the tunnel.”

Overton hasn’t competed in a PGA Tour event since the Honda Classic more than two months ago.

A member of the 2010 Ryder Cup team who went 2-2-0 that week, Overton’s game had fallen on hard times even before this latest setback. His lone top-10 finish in the past two years was a share of sixth place at the 2015 RSM Classic.

Sunday marked his 34th birthday, as noted in his wife’s post.

“Today, we are celebrating his health and life. I’ve learned that life is precious and health is something we take for granted,” she wrote. “I want to thank all of our closest friends and family who have been near to us during this time. I’d also like to thank his doctor, who answered my texts at all hours and who has walked with us through this nightmare of a situation, holding our hands every step of the way.”