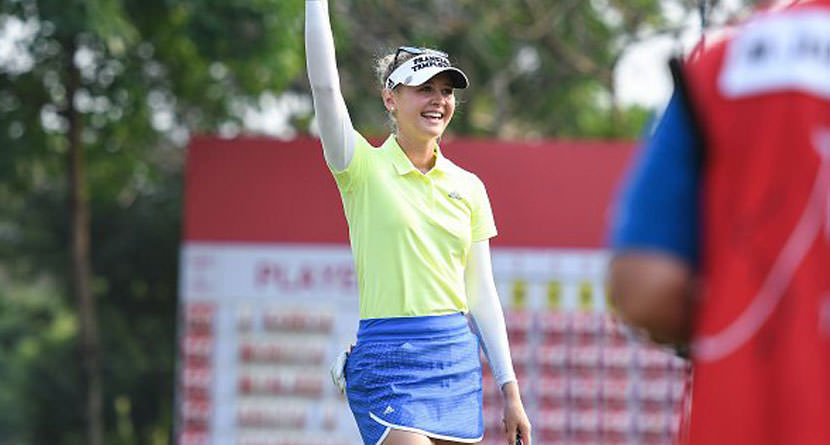 SOTOGRANDE, Spain (AP) — Jessica Korda made three eagles Thursday in an 11-under 61 that equaled a Ladies European Tour record and gave her a five-shot lead after the first round of the Aramco Team Series in Sotogrande.

Korda also added six birdies to go with one bogey-on the par-4 eighth to break the course record at La Reserva Club and equal the lowest round in relation to par on the Ladies European Tour.

The American was at 7 under after seven holes following eagles at the par-5 second and sixth holes. She added her third eagle on the 16th, also a par-5.

“I have never made three eagles in a round, so I’m definitely going to remember this one,” Korda said. “For the last month and change, I think I haven’t really been converting any putts and the floodgates opened today and hopefully they can continue tomorrow and that’s the beauty of golf.”

Just the THREE eagles for Jessica Korda today en route to a 61! 😳👏🏻 pic.twitter.com/t578MfTNrd

Manon De Roey of Belgium and Pia Babnik of Slovenia were in a tie for second after both shot a 66. Nelly Korda, Jessica’s sister, was one shot further back in a tie for fourth despite a double bogey 7 on the sixth.