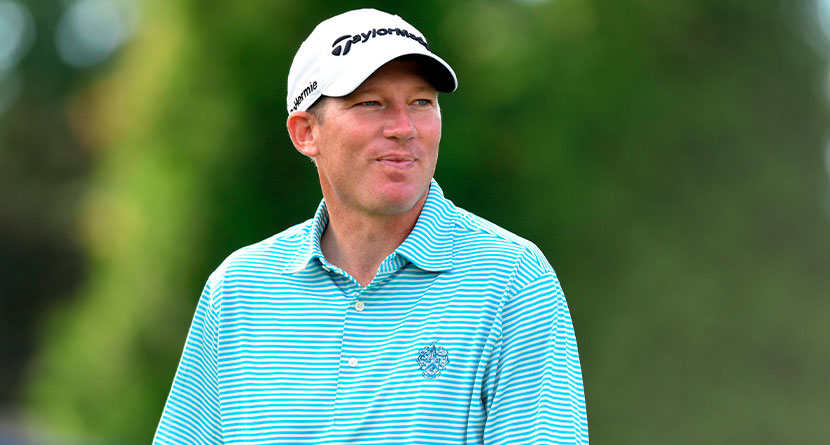 Jim Herman was not the Strokes Gained best at anything in his win at the Wyndham Championship last weekend, but he was good enough at all of the things that mattered the most.

Let’s go through exactly what mattered:

Accuracy: Here is where Jim stood out. He was 4th, hitting 82% of the fairways (11.5/round) vs. only 64% (9/round) for the FIELD. The rough was clearly difficult and protected the course effectively against the bombers.

Errors: Driving errors (drives either hit out of play requiring recovery shots or resulting in penalties) are an important but rarely recognized component of accuracy on Tour. While the FIELD averaged a fairly typical .63 driving errors per round (2.5 in 4 rounds), Jim had NONE.

The Donald Ross greens at Sedgefield Country Club were treacherous and 3-Putts were 31% more frequent than the 2019 Tour average (.67/round vs. .51/round in 2019 season). Jim was not immune and suffered three from 52, 51 & 24 feet. These stumbles were more than offset by his 1-Putt performance including TEN putts holed (over three times the FIELD average) in the 11 to 30 foot range and a bomb for eagle from 59 feet.

In spite of the negative Strokes Gained number, there were two good things about Jim’s short game performance. First, there were only 11 attempts. When you are #1 in GIR’s, you will not face many short game SAVE opportunities. Second, he made NO ERRORS. (I consider a short game error to be a shot that misses the green AND requires 4 or more strokes to hole out.) In a nutshell, Jim’s short game was inconsequential.

Jim Herman’s win is a nice tortoise and hare story. His game is not flashy, but was extremely steady this week. In the last three years, Jim has missed twice the number of cuts than he has made (32 Cuts vs. 16 Cuts made).

While anything but a household name in his 10th year on the PGA Tour, Jim has now won three times and made over $7,000,000. Well done!