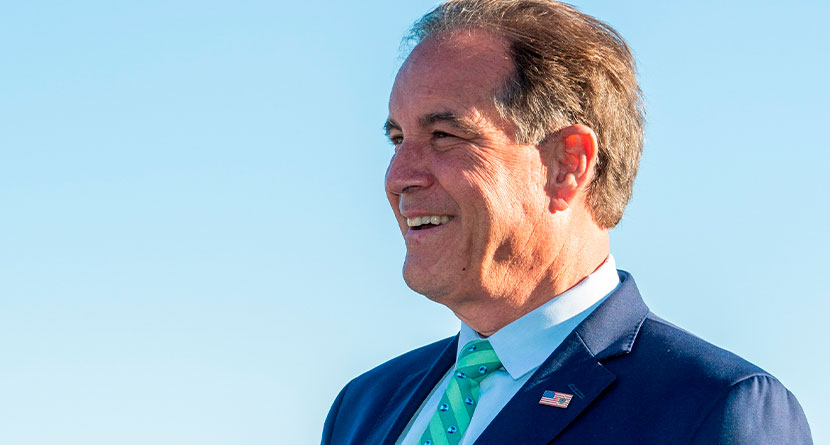 The PGA Tour’s return this week proved that three months off can result in the accumulation of rust even for the best in the business, both on and off the course.

With a skeleton crew on the ground, Jim Nantz was the lone CBS announcer in the booth, working remotely with his counterparts as everyone tries to find their footing as the resumption of sports began with this week’s Charles Schwab Challenge.

While small issues were bound to arise, Nantz was more or less on an island to handle any curveballs, such as a live mic picking up Brooks Koepka’s f-bomb during Thusday’s first round.

Jim Nantz was back on the air for all of two minutes before he had to apologize for an f-bomb, I missed sports so much pic.twitter.com/Rk7aRuAvaX

Nantz handled the slip-up as well as he could, but on Sunday, even one of the highest-paid and most respected broadcasters in the business had a face-palm moment that can only be chalked up to having three months off.

Taking the final-round telecast to commercial, Nantz began to read an Allstate Insurance ad as Geico flashed on the screen.

“The Charles Schwab Challenge is sponsored by Allstate,” Nantz said in his normal dulcet tones. “Get a quote… I’m sorry. By Geico.”

The mix-up threw off Nantz’s entire rhythm as you could almost hear him scrambling. Luckily, he was able to redeem himself with a mulligan at the next break.

All things considered, if that was the worst thing to come out of a broadcast, then golf’s return to the public consciousness can be considered a rousing success.