Jim Nantz: Most Anticipated Masters In Our Lifetime 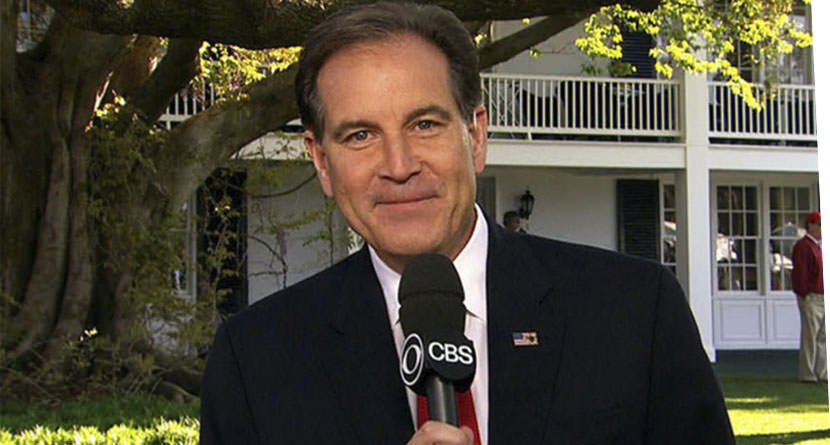 If you feel like this year’s Masters is more significant than past years, you are not alone.

The return of Tiger Woods, fresh off a pair of top-five finishes, has ignited the golf world. Can he return to the form that once dominated the sport?

The once-familiar sight of a red-shirted Tiger on Sunday walking into Butler Cabin has become a distant memory. Woods has not won a major since the 2008 U.S. Open and last wore the Green Jacket 13 years ago in 2005.  Woods shocked the world two decades ago with a 12-stroke win in 1997 at Augusta National, ushering in the era of Tiger with his first major championship.

The anticipation that the 42-year-old Woods can turn back the clock is one of the biggest golf stories in years. CBS Sports anchor Jim Nantz, on a conference call with reporters, summed up how everyone is feeling.

“I’ve been doing this 33 years, it’s always highly anticipated, but this might be the most anticipated Masters any of us has seen in our lifetime,” Nantz said.

Wood’s performance at the Valspar Championship and Arnold Palmer Invitational have supercharged the golf world. Ratings up are up, interest is up and the casual fan has become re-engaged.

It’s not just Woods either. Phil Mickelson is playing some of the best golf of his career and already has a win under his belt. Bubba Watson, a two-time Masters champ, regained form and is coming off a victory at the WGC-Dell Technologies Match Play Championship. Sergio Garcia is the defending champion and Justin Thomas and Rory McIlroy both also have victories in the young Tour season.

“Tiger Woods has returned and far surpassed anyone’s lofty expectations,” Nantz added.  “At the same time, almost all of the best players in the world have seen their games rise to a healthy level.”

The anticipation is palpable that even the money in Vegas is starting to pop more than usual. The Masters is a big golf betting event, but this year’s Masters is garnering interest that the sportsbooks haven’t seen in years.

Woods is the co-favorite to win, but Dustin Johnson, McIroy and Thomas are also highly regarded.  When it comes down to the Masters, this has the makings of the most dramatic tournament in a very long time at Augusta National.