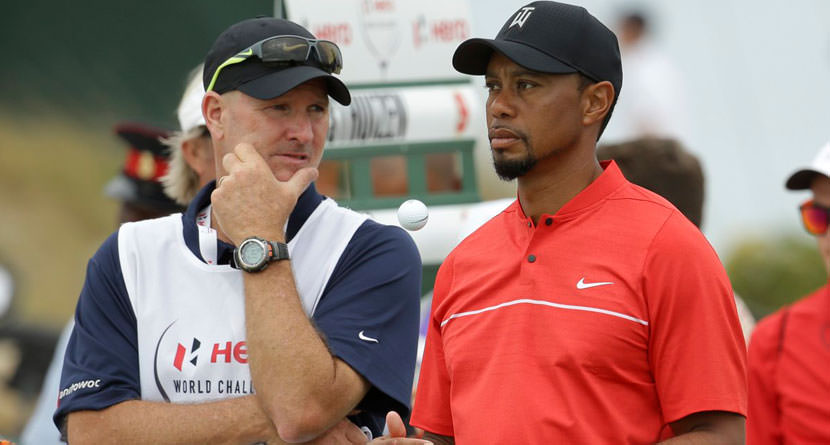 The competitive nature of Tiger Woods was one of the main contributors to his dominance in the late 1990s and early 2000s. And those hoping to see glimpses of the old Woods in his latest comeback got a nice pick-me-up from Tiger’s caddie, Joe LaCava, when the looper confirmed that his boss’ internal fire is burning hot as ever.

Golf.com’s Josh Berhow had more background information on the story LaCava shared with Carl and Dennis Paulson on SiriusXM PGA Tour Radio’s Inside the Ropes show.

Woods’s caddie, Joe LaCava, recently joined the “Inside the Ropes” podcast on Sirius XM and shared a story about a time they played H-O-R-S-E in basketball. LaCava said that Woods shot a lot of 3-pointers and that he beat Woods by using a mid-range game from about 10 to 12 feet. LaCava used that strategy to win nine games in a row against the 14-time major champ.

“This is a true story,” LaCava said. “Nine games in a row — and he did not talk to me the rest of the day.”

You can listen to the full audio of the story below.

Who ya got in H.O.R.S.E. between @TigerWoods & his caddy Joe LaCava??? We’ve got some inside info from LaCava himself and we’re taking Joey ???? @CarlPaulsonGolf @dennispaulson62 pic.twitter.com/9l6NSoxQre