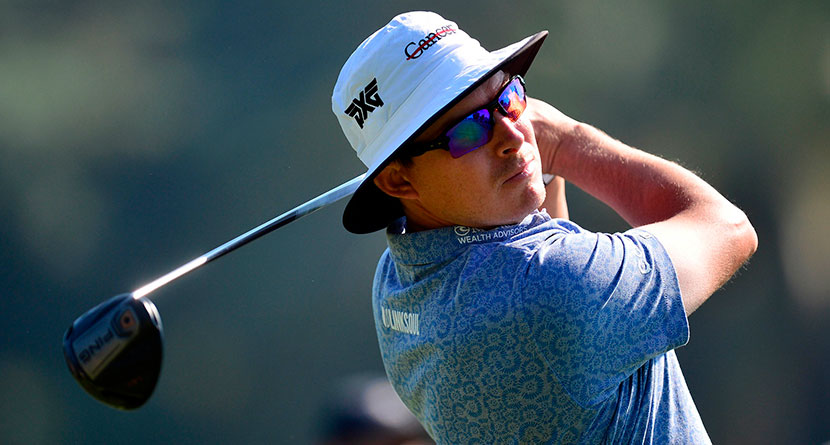 For the average golfer, stringing together a couple of pars — or maybe even making back-to-back birdies — is enough to spook them into crashing back down to Earth with a big number, but that’s not the case for Tour pros.

Take Joel Dahmen, for example. Like many pros who have made it to the PGA Tour, he holds a host of course records, and this past Friday, he added to that tally by shooting a 14-under par 58 at Mesa Country Club in Mesa, Arizona.

“I hold the course record at all my home courses, except Mesa Country Club,” Dahmen tweeted after the round. “That changed today with some of my good friends along for the ride. That was FUN!”

The fun part was the insane run Dahmen went on down the stretch. Standing on the 8th tee, Dahmen was a respectable 2-under par. Then, over the next 12 holes, Dahmen made 11 3’s and one 2 to shoot the course record.

He played alongside a couple of Chicago Cubs in Kyle Schwarber and Ian Happ. Happ, the Cubs’ outfielder and second baseman, shot an impressive 3-under par 69 to lose to his playing partner by 11.

Dahmen is in the field this week at the 2020 Desert Financial Credit Union Scottsdale Arizona Open, a mini-tour event that will feature a bulked-up field thanks to the coronavirus pandemic.

Speaking to Golf.com’s Alan Shipnuck on Monday, Dahmen downplayed his 58 as “lightning in a bottle.”

And what does Mr. 58 think of his chances this week? pic.twitter.com/d91nMPeZQd

“I’ve played fine (lately),” Dahmen said when asked about the state of his game. “I’ve done okay playing two or three times a week in some money games, but nothing like that. That’s probably once-in-a-lifetime to make 12 3’s in a row; it’s really fun, obviously, but it’s hard to follow it up.

“I was thinking I should just go back out the next day and shoot my 74 and pretend it didn’t happen. I’m happy I got a practice round in though.”

Dahmen is the betting favorite, according to GolfOdds.com, at 6/1. Other notables in the field include Kevin Streelman, Nate Lashley, Dylan Wu, JJ Spaun and Kirk Triplett.